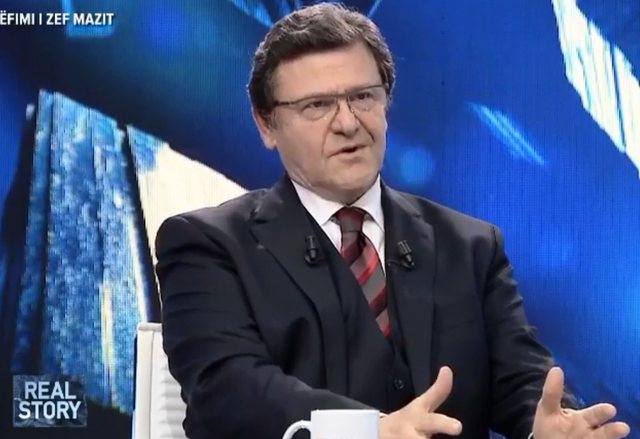 Albania's chief negotiator for negotiations with the EU, Zef Mani has appealed to political parties to lower their tones and all together to contribute, because according to him what wins is only Albania.

Invited to the show "Real Story", in "News 24", Mazi says that the more we are not careful about 'throwing mud', the more it will affect the opinion of politicians towards us.

"This is a major project. This is in the best interest of the country. International institutions do not integrate political parties, but the country. When Albania joined NATO, I was ambassador to London. The DP was in the lead, but Albania entered, not the party. It should be noted that the approximation with the legal corpus that the union has decided since '57 onwards, grabs 15 chapters and thousands of pages. It should be done together for this work, it is in the interest of our country. For this, that I have the honor to contribute, everyone should help, not with words and rhetoric. It's time to dump her and move on. The integration project, which has been launched for years, to open negotiations for Albania, has no political opening, it has been opened. We look forward to sitting down and discussing with the union. The more we do not care about exactly throwing mud,

Mani said that Albania has met the conditions set by the EU and now only the meeting of the Intergovernmental Conference is expected.

"I do not want to speak on behalf of the union, the role of the negotiator is on the structures and roles of the parties. I have met the president since I came to work, he has expressed interest and willingness to help me. But to intervene in the position I have that I see on party structures, because that is it. The motivation is for the country to join the union. There are four conditions that have been met and 11 requirements that have been met. "The conditions were four to perform before the opening of the first intergovernmental conference, these four are: the electoral code, the electoral code, the functionality of the Constitutional Court and the fourth establishment of institutions in the fight against corruption", said Zef Mazi.