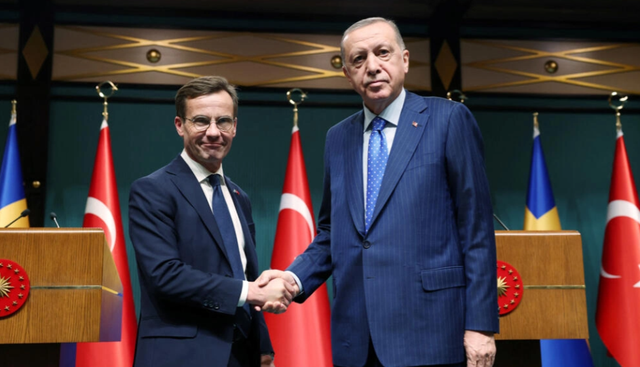 May 18, 2022 was a big day for Sweden. After the Russian occupation of Ukraine and more than 200 years of non-military alignment, the Nordic country finally broke with tradition and applied for NATO membership alongside Finland.

But what was supposed to be an easy acceptance has proven to be anything but smooth sailing. NATO member Turkey has a problem with Sweden, and its patience is wearing thin with the principles of freedom of expression.

The ink was barely dry on Finland and Sweden's joint application letter before Turkey began to condition their aspiring NATO membership, saying they posed a threat to its national security and needed to take more concrete steps if would ever want her blessing to join the military alliance.

"No country has an open and clear stance against terrorist organizations," President Recep Tayyip Erdogan said just hours after filing the application, accusing them of acting as safe havens for Kurdish militant groups such as the outlawed Islamic State Party. Kurdistan Workers, PKK.

He also demanded they lift an arms export ban imposed on Turkey in 2019 after it launched an offensive in northern Syria targeting the YPG, the Kurdish militia fighting the Islamic State group there.

After signing a memorandum of understanding on the sidelines of a NATO summit in June in which Finland and Sweden agreed to address Turkey's concerns about arms exports and its fight against terrorism, Ankara suddenly became very specific on its requirements.

At first, it released a long list of "terrorists," or suspected Kurdish militants, that the two countries insisted be extradited, despite many of them having received asylum from the Nordic countries years, if not decades, ago.

But Turkey's demands soon grew in number and began to focus more and more on Sweden: Ankara called for a Swedish minister to be fired for his participation in a pro-PKK party 10 years ago.

Last week, Turkey stepped up the pressure further by calling on Sweden to investigate a rally in Stockholm organized by a group it said was sympathetic to the PKK and during which anti-Erdogan slogans were allegedly chanted.

He also demanded that Sweden identify those who had taken part in the protest - a move that stands in stark contrast to the country's much-vaunted principles of freedom of expression.

In September, Sweden lifted a ban on arms exports to Turkey, and in August it agreed to hand over a man named on Turkey's "terrorist" list. The Swedish government insisted, however, that the handover was in accordance with due legal procedures and that the decision to extradite the man had not been influenced by Sweden's aspirations to join NATO.

Critics, however, have accused Swedish officials of bending to try to personally please Erdogan, especially after the new government of Prime Minister Ulf Kristersson took office in October and vowed to do everything in its power to accept Sweden's application.