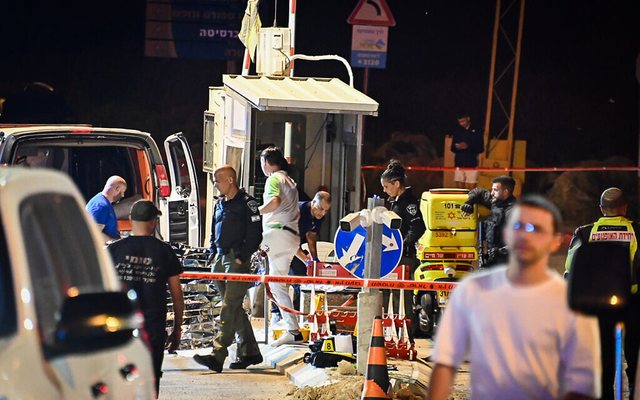 Police in Denmark said the gunman who opened fire at a shopping mall in Copenhagen on Sunday likely acted alone and chose his victims at random.

The attacker, a 22-year-old Dane who is believed to have acted alone, was known to police but "only peripherally".

Thomassen said the suspect was known to mental health services.

"Our suspect was known to psychiatric services, and beyond that I don't want to comment further," he said.

The suspect, who was arrested on Sunday, was found with a rifle and ammunition. He will be questioned by a judge on Monday.

"Denmark has been hit by a brutal attack on Sunday night. Some were killed. There are also injured. Innocent families out shopping or eating out. Children, teenagers and adults," Denmark's Prime Minister Mette Frediksen said in a statement on Sunday evening.

"I want to encourage the Danes to stand together in this difficult time", she emphasized.

Police in Copenhagen said officers went to the Field shopping center Sunday afternoon after reports of shots fired. Videos released by local media showed groups of people running away from the mall.

Earlier, Thomessen said one of the victims was a man in his 40s and two young people, a man and a woman. Several others are injured, three of them in critical condition.

The city's main hospital, Rigshospitalet, said on Sunday evening that it had received "a small group of patients" for treatment and had called in additional staff.

The shopping center where the shooting happened is located about 5 kilometers south of the center of Copenhagen.

Sunday's attack follows a deadly shooting last week in neighboring Norway, where two people were killed by a gunman in Oslo.

The terrorist threat to Denmark is currently assessed as "serious" and the main threat is considered to be from "Islamic militants", according to the latest report by the Danish security and intelligence service. Meanwhile, the threat from right-wing extremists is considered to be at a "general" level.

In 2015, Denmark faced a militant attack that killed two people and injured six police officers after an attacker opened fire outside a cultural center where a debate on freedom of expression was being held. Later, the attacker killed a person outside a synagogue in central Konpehaga. Afterwards, he was killed during the fight with the police./ REL