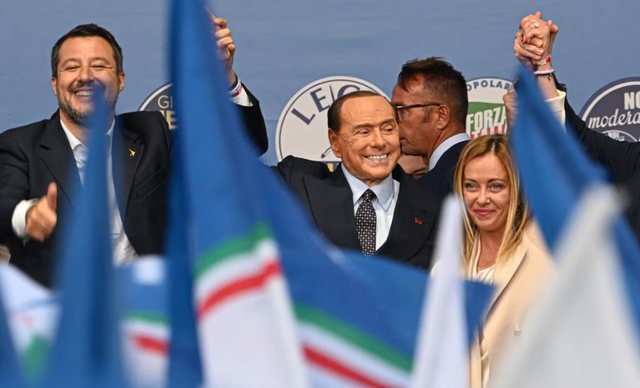 Italy is gearing up for a snap general election on Sunday, September 25.

Here we explain how the Italian elections work, who the main parties and candidates are and what the likely result will be.

Why is Italy holding early elections?

The next general election in Italy was originally scheduled for next spring. So why are politicians braving this summer's scorching temperatures to campaign for votes?

It was prompted by the resignation of Prime Minister Mario Draghi on July 21 and the collapse of his grand-tendency coalition government, which included parties of the left, right and center.

Draghi came to power after another coalition -- headed by lawyer Giuseppe Conte -- collapsed in January 2021.

Draghi has been praised by analysts and commentators around the world for leading Italy's economic recovery after COVID-19 in 2021, which led to its selection as "Country of the Year" by The Economist - a stark contrast to the label "i the disease of Europe". which has followed Italy after years of slow economic growth.

However, in what might have seemed like a small game, it was the much-maligned former prime minister, Conte himself, who brought about the downfall of Draghi's government. Conte's party, the Five Star Movement, pulled the plug by withdrawing its support for Draghi's economic aid decree.

This was largely due to disagreements over the amount of support offered to families and the proposed construction of a new waste-to-energy plant to tackle Rome's rubbish crisis - a plan which the Five Star Movement opposes for fear of the impact its environmental potential.

Draghi's resignation has consequently led to the start of the country's first general election season in August - a month when most Italians flock to the seaside.

If the polls are to be believed, it looks like Giorgia Meloni's surge is likely to put her in office as Italy's first female prime minister. The Roman politician leads the largest party in a coalition, with 46-48% - well above the 40% threshold needed for a majority.

Left behind is the center-left coalition, which is currently around 27-29%, with the Democratic Party coming in at 22-24%. The Five Star Movement is currently at 13-14%, while the centrist bloc "Third Pole" is at 5-7%.

Provocations in Qatar, Berisha: To exclude the Serbian national team from the World Cup

Tension at the press conference, Granit Xhaka is provoked by Serbian journalists, the Helvetian media director revolts: Enough is enough