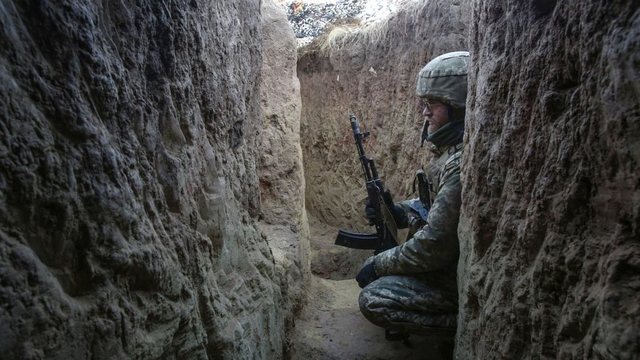 Western powers have called on Russia to ease tensions with Ukraine ahead of a meeting between US President Joe Biden and Russian President Vladimir Putin.

Responding to fears of a Russian invasion, Biden agreed with the leaders of the United Kingdom, France, Germany and Italy to use "all means at their disposal".

Moscow denies having any plans to attack. But Russia has relocated thousands of troops near Ukraine's eastern border, which says tanks have been relocated to the front line within its territory.

The White House said yesterday that the five Western leaders had formed a joint strategy "to impose considerable and severe damage on the Russian economy" if Russia launches an invasion.

According to reports, possible measures include restrictions on the conversion of rubles into foreign currencies by Russian banks, or even the separation of Russia from the global Swift financial payment system.

Kremlin spokesman Dmitry Peskov has condemned the Russian incursion as "shallow and baseless".

Russia is seeking assurances that Ukraine will not try to invade Russian-backed separatist-held areas in 2014 and has warned the West not to cross "red lines" by adding Ukraine to the NATO military alliance.

More than 90,000 Russian troops are believed to have gathered near Ukraine's borders. A large part of the recent Russian military uprising is in Crimea, which Russia captured from Ukraine and then annexed in 2014.