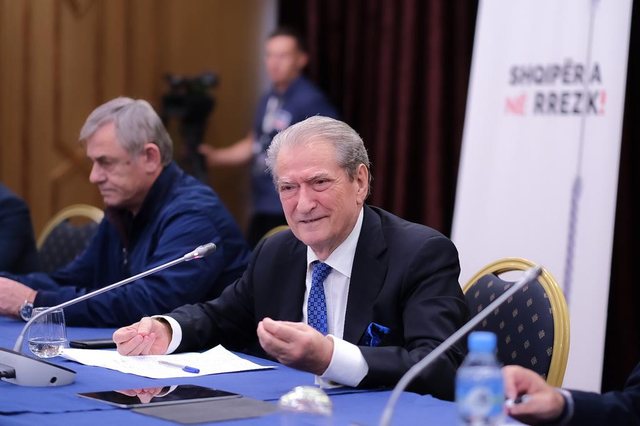 During a meeting with the trade unions, Berisha said that the energy in our country has nothing to do with the war in Ukraine, the drought, or the price of oil, as claimed, since according to him 99% is water.

Berisha said that Prime Minister Rama took energy from Kosovo and sold it on the market, while on the other hand he emptied the dams.

In the past 6 months, private HPPs have produced 54% of all the country's energy. What does this mean. This means that energy production in Albania has more than doubled, thanks to private HPPs. What do they do? Take and empty the dam, sell the energy, as it happened in reality for 40 euros per megawatt and this merchant who buys it for 40 euros per megawatt, sells this energy for 130 euros and shares the money with the government officials. This is real.

There is an exchange where energy is priced, sold and bought. At a time when the price on the stock exchange is 80 euros, KESH buys energy for 280 euros. What do these people do, they share money in sacks with each other. There is no energy, says Rama, deception is only deception.

Last year, 9 terawatts were produced in Albania, as never before in its history. Albania with all the consumption and losses goes to 7 terravats. Albania is blessed by God in this aspect, because it has much larger water resources. These have turned the energy market into a gamble. Albanians do not know. What does war have to do here? Zero.

They emptied the dams during the month of August in the most criminal way.

What were they doing? They empty the dams and sell Kosovo's energy, when they take it to return to Kosovo at night or at a convenient time. Not these, they emptied the dams and sold Kosovo's energy at the peak. They commit an unimaginable gigantic theft with the energy of the Albanians ," said Berisha.