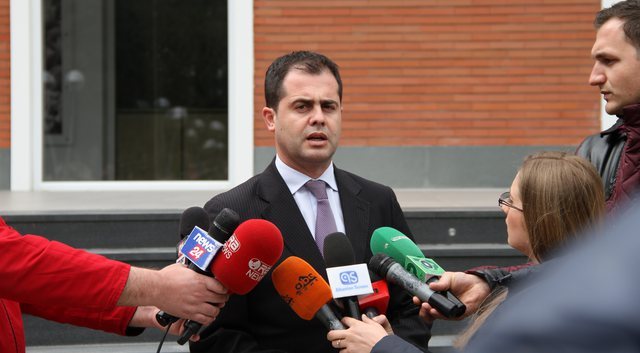 The arrival of senior US official Gabriel Escobar in Tirana has sparked controversy. This is due to the fact that his visit is two days before former Prime Minister Sali Berisha holds the National Assembly.

MP Oerd Bylykbashi said that Escobar knows as much about Berisha as the leader of the Democratic Party, Lulzim Basha, knows, while emphasizing that the US has not requested the expulsion of the former leader from the parliamentary group.

"This narrative that they asked to be removed from the parliamentary group is not true. They did not ask for it. I know as much about this issue as Mr. Basha. It's more complex than that, but we can't go into detail here. Let's say something, corruption can not be used as a weapon, there is evidence of this, and they are sent to the courts. No state interferes in the internal developments of a party. The effort is also in the interest of Mr. Basha. There is no Basha DP, the party is ours. No intervention can be made to thwart a movement aimed at democratizing the DP. This is a movement based on the will of the individuals who are part of this ", said Bylykbashi.

On the other hand, Bylykbashi also accused the July Assembly that reconfirmed Basha, stating that “ certain members voted 20-30 times. "Everything has been done just to reach 80%."