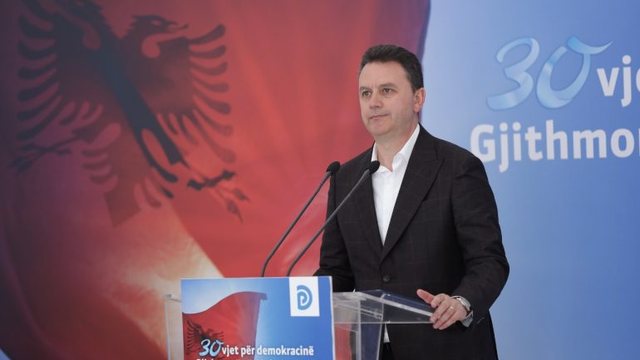 The health expert in the Democratic Party, Gazment Koduzi has reacted regarding the program 'Health we want' presented today by Prime Minister Edi Rama.

In a statement to the media, Koduzi said that Rama lied when he promised free health care, and that he did nothing in these 8 years.

According to Koduzi, the plan of the Democratic Party will bring change, adding that they will provide salaries of 700 Euros for nurses and 1200 Euros for doctors.

Edi Rama's propaganda with health can not hide his failure.

After 8 years of governing the country, Edi Rama has failed in every direction, but especially in health.

Instead of bowing his head and apologizing to the Albanians,
• For the degradation of the system
• For handing over health to the hands of thieving concessions
• For the lack of security of medicines, For the lack of equipment and medicines in hospitals
• For fraud with free health care, today Edi Rama is making other empty promises to Albanians

8 years ago he promised everyone free health, but Edi Rama lied. Health has become more expensive in every direction. Albanians pay even more because the public health system does not provide the service that people need.

Plenty of deception and propaganda!
The cup is full!

Those who did nothing for 8 years, have nothing to do for another 4 years.
We have a serious work plan that will change health for the better.
At the center of the system will be the patient. With the principle "money follows the patient", you will choose your own family doctor, clinic, hospital. This way you will get the service you deserve the moment you need it.
Health centers and public hospitals will be reorganized according to the concept of "entrepreneurial" hospitals.
We will provide salaries of 700 Euros for nurses and 1200 Euros for doctors.
This is the change that Albania needs to make.
Edi Rama who has failed for 8 years and has left Albania countless. He cannot bring to the country the change it needs to succeed. Where countries like ours have secured achievements, Albania has failed because Edi Rama has left us in the lurch.
The time has come for change! Together we will bring change and Albania will win!