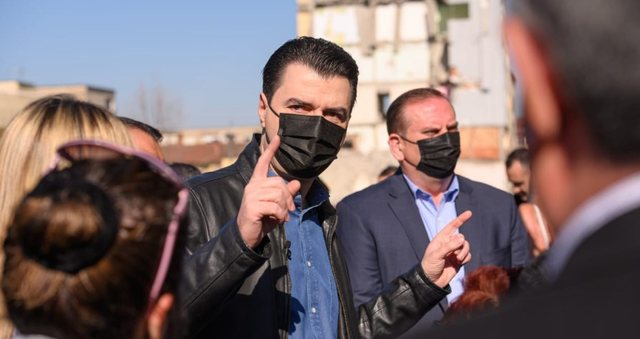 The Chairman of the Democratic Party, Lulzim Basha, this Thursday, within his meetings with the citizens, met with the residents and businesses in Kombinat.

During the conversation with the citizens, Basha focused on the reconstruction process from the earthquake, where he promised the citizens that the experts will be the ones who will manage the EU funds, and that they will take their properties where they had them.

He has also accused the government, saying it is using the reconstruction to steal.

"They saw the reconstruction as an opportunity to steal. A group of people live as sheikhs along with Rama and his oligarchs, while Albanians suffer. We are united from left to right in the coalition, but the fact is the unification of all Albanians against the swindlers who used the earthquake and the pandemic to steal. I promise that the next government will have the right experts to end the current government. The best experts will also manage EU funds.

Rama returned a thief in boots to the cabinet and made him minister of reconstruction. On April 25, you will come together to make this plan a reality, to get you out of this misery where you have been for 8 years. On April 25, you will make it possible for us to get out of this misery, and this is up to you with the vote, to put an end to this government and this prime minister to open a new path. On April 25 you have the opportunity to give their victory to everyone. You know for 8 years how bad Albania has been. "I do not promise miracles, Albania needs a normal government" , said Basha.