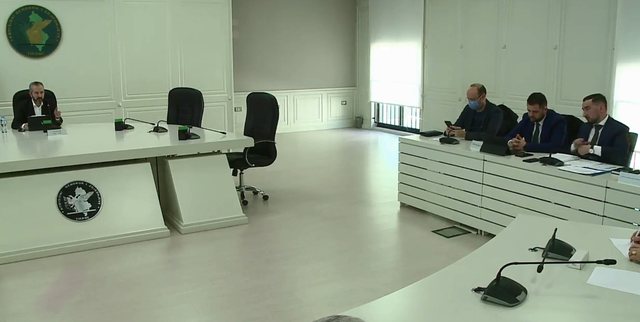 Clashes in the Democratic Party have also shifted to the Central Election Commission.

While the State Election Commissioner Ilirjan Celibashi held today the first preparatory meeting for the local by-elections of March 6, he announced that the DP has changed its legal representatives, removing this representation from Ivi Kasos, the legal representative of the DP Re-establishment Commission and supporter. of Sali Berisha, Ivi Kaso.

According to Celibashi, the CEC communicates only with the official DP, which in this case is represented by Indrit Sefa, Secretary for Legal and Election Affairs, as well as Marash Logu.

"I have the letter of the party chairman on the changes. From the point of view of the law, the relationship of a political party with the CEC is a continuous relationship, even in the non-electoral one. With all my regret for this situation we must admit that we are in an institutional relationship between the CEC and the DP, where he who is its legal representative demonstrated this to date in official acts has considered who will be its representatives in elections.

For you, this was the last word on this issue and the further continuation of the CEC meeting. "Opinions and opinions of the Democratic Party are the ones that will be presented by Mr. Sefa and Logu" , said Celibashi.

Meanwhile, Kaso stated that the signer of the letter is no longer the chairman of the Democratic Party, as he has changed since December 11th.

"I would like to inform the CEC about a fact made public, including the Albanian Parliament, regarding the fact that since December 2021, not only the signer of the letter is no longer chairman of the DP, the logo and seal of the DP have changed in relation to those deposited in the process of April 25 " - said Kaso.