Meta 'bet' on the elections: If Rama wins 71 seats, I will resign on April 26 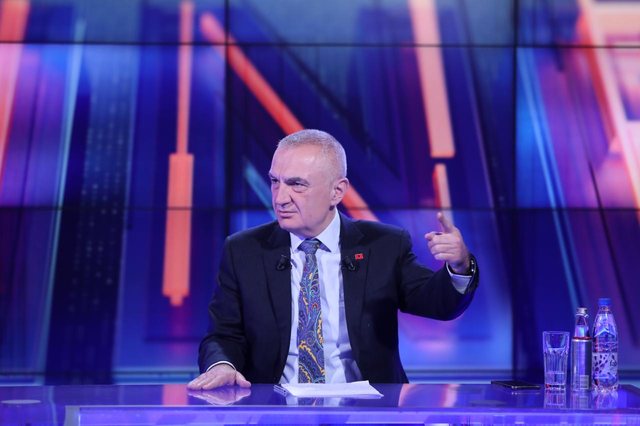 The President of the Republic, Ilir Meta

The President of the Republic, Ilir Meta has announced a strong bet that he will resign, if the Prime Minister Edi Rama wins 71 seats on April 25, provided that the free vote is not affected.

Invited to the "Frontline" show on News24, the president added that he is ready to join the opposition if his warning is not fulfilled.

" In this land God is the people of Albania, period! Mori Edi Rama 71 mandate? I will resign on April 26, that is what I will do, as Ramiz Alia did. If he gets 71 seats, without affecting the people's vote, I will resign and I will switch to the opposition because I respect democracy.

But if a free vote of Albanians is affected, here the story ends. I do not care at all, I believe in free voting and democracy. I was a student in December and I came out in a protest and great danger, we did not know what would happen to me and others. We were thinking where they would take us, to Spac and somewhere else, when they put us in the van. Ramiz Alia was a man who called to mind and did not have such a bad closure.

Two things have degraded, that we are so far behind, we are here because we have not shown our respect for ourselves and our vote, we have surrendered or shown, the second is that we have tolerated the touch of the Constitution and this has led to this situation, to capture the state ", Said the Head of State.