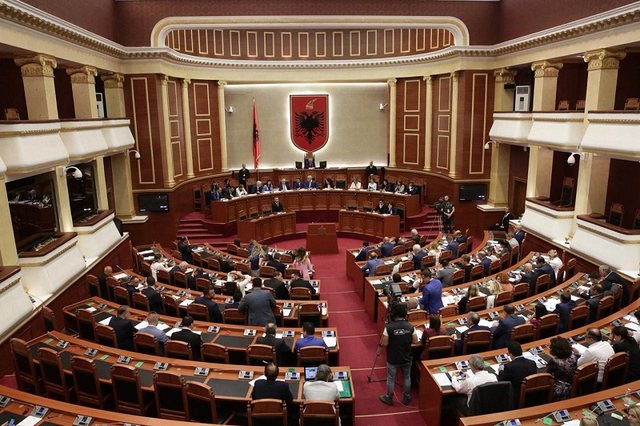 The current legislature is closing and it will be remembered for a long time for some important acts in the political history of the country: amending the Constitution in 2020, the decision to dismiss the President in 2021, approving two interventions in electoral legislation in 2020, but also for lack of main political opposition. The PD and LSI abandoned parliamentary mandates in February 2019, about 38 MPs from multi-name lists rejected collective orders and took the mandates, creating a formal opposition in parliament. The 2019-2021 legislature had only 122 out of 140 deputies, of whom, based on the monitoring of the Institute of Political Studies (ISP), about 80-85% of the deputies became regular voters of every parliamentary and political act of the government.

Parliament officially says that the legislature was a success story, the deputies also declare that they have successfully completed their mission, however the official data confirmed in the elections of April 25 show that only 39 out of 122 deputies managed to be re-elected, ie 32% of them ( others lost or resigned before / after the election process). The remaining 68% of the current parliamentary legislature will no longer be MPs in September when the new legislature begins. The Assembly has several publications with statistics and reports that prove the successes and achievements of this legislature, but other sources such as periodic monitoring reports of the Institute for Political Studies (ISP) provide more realistic, factual and transparent alternative data. In view of transparency and accountability, there are also some indicators that remain significant in determining the positive and negative balance of a legislature. Here is one of them, widely used in parliamentary studies: After the resignation of the Speaker of the Assembly Gramoz Ruçi from the new parliamentary legislature, the current Assembly reformed in 2019, enters the record of legislatures with the lowest level of reconfirmation in elections despite confirmed the same political majority: only 18% or 7 of the 40 heads of the current parliament structures have managed to be re-elected and will be deputies in the new legislature as well. 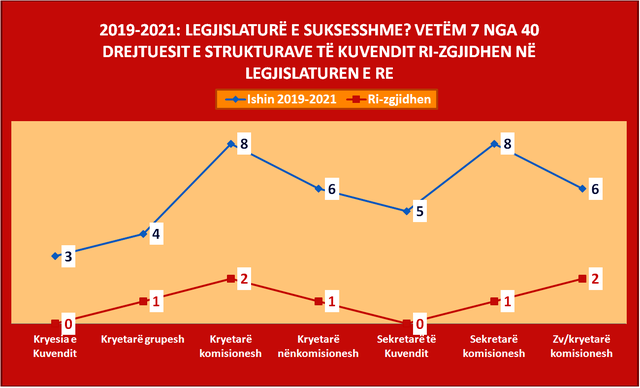 Finally, out of the 20 most active deputies with the highest level of efficiency in the parliamentary activity (ISP, monitoring report 2020) 12 of them will no longer be deputies (Hajdari, Roshi, Murrizi, Dhimitri, Shameti, Sterjovski, Permeti, Hysi , Piciri, Gjebrea, Gjermeni, Baraj), while out of 20 deputies with the lowest level of efficiency, ie in the negative ranking for the parliamentary activity 2020, 5 of them will be deputies again (Rraja, Koka, Sterkaj, Çyrbja and Gjinkuri ) ./ Institute of Political Studies