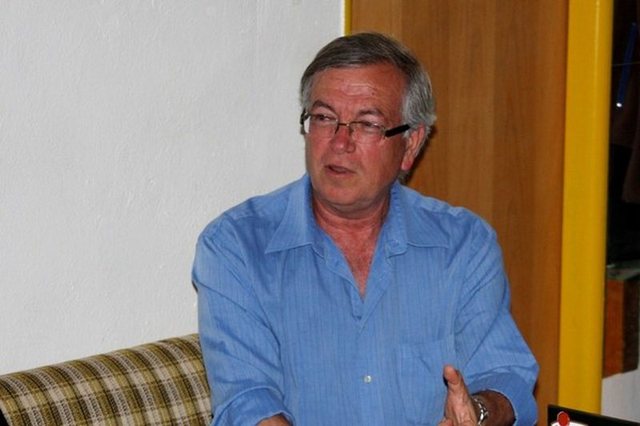 The management plan for Butrint National Park, an agreement signed between the Ministry of Culture and the Albanian-American Development Fund (AADF), has become one of the hottest topics.

The former head of ICOMOS & Getty and one of the important voices in international organizations for the protection of heritage, Giora Solar, told the studio of Abc News that Albania is not using its capacities, but is leaving the legacy to the donors.

According to Solar, the donor should not deal with management, but with the delivery of money. Asked by researcher Auron Tare if it is correct for a donor to interfere in the law, Solar said the state should have the authority to administer cultural assets itself.

Excerpts from the studio conversation:

Journalist: Why is the form they have chosen wrong and the form you say is right?

Solar: I do not think there is a contradiction. My issue is not with the management plan but with the system selected in this management plan of a donor who has to control the board in some way. Maybe it is not my job, but I think that Albania is not developing its capacities. If things continue like this, depending on the donors, the donor does not do the management, he does the money delivery. He should control what happens to the money and not interfere in the management plan.

Solar: This is not normal and it is not normal if the state does not have its own experts, the state should have its own authority to administer the cultural wealth and I am not talking only about Btrint, but in general. Every state I have worked with, the state has a professional authority that deals with asset management. It does not mean that the donor is not welcome, but it should not be a professional check, and from what I am seeing, it seems to be over-managed by the Foundation. What if another Foundation will then provide funding? It makes no sense to me. I have not seen anything like this in any other place in the world.

The problem is with the country that is not creating its own institutions.

Solar: That was a long time ago, I do not remember how it was. I have not really heard criticism of that management plan we had created. At the time we were talking about creating a management system at a national level. We were talking about the fact that in the future we might need something like that. We discussed the staff, the staff structure, what work the management plan will do, to the businesses that will be located within the site.