Debate over 'Prefect', Brace reacts: Qazim Mulleti collaborated with the Nazis, was involved in the executions of anti-fascists 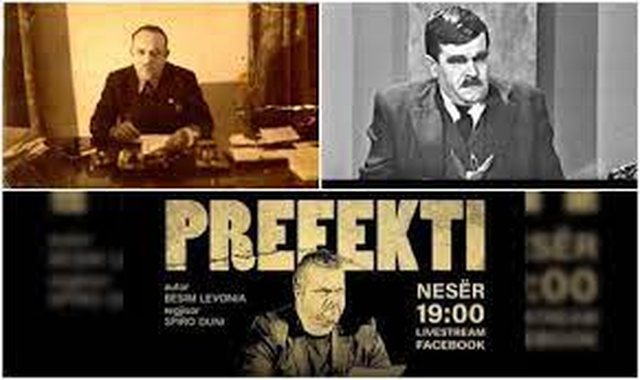 The return to the stage of the comedy "Prefect" from the National Theater, where the prefect Qazim Mulleti is played, has rekindled the debate on the works of the communist regime that denigrates some of the historical figures.

SP MP Erion Brace is also involved in this debate. In a post on social networks, he writes that Qazim Mulleti was involved in the arrests and executions of anti-fascists!
Reactions:

"Fascism is a crime!
No opinion, no comedy, no theater, but crime!
Qazim Mulleti dv was the mayor of Tirana from the fascist occupation;
Qazim Mulleti dv was the prefect of Tirana during the fascist and Nazi occupation, appointed by the fascist / Nazi government and in cooperation with them!
Vini re;
The prefect at that time, as a function of power, was involved in the arrests and executions of anti-fascists!
That's it! And I believe enough!
The rest is theater, comedy, film;
It is not a factual story, but a comedy, a parody.
Who wants to see it and who does not!
But when politics, in the 21st century, begins to decide what comedy, parody, etc., etc. should be, this is a return both to fascism and to Hoxhaism!
Boll!

The freedom of people to see the world as they want and make comedy, parody, theater, art in general, is constitutional!
Everyone else was liking it well, but not liking it, great job too!
In the end, everything that happened to his family not involved in crime, such as persecution, discrimination, imprisonment, exile, after 1945, is unfair to criminal!
"Criminal responsibility is individual and even very clear" , writes Brace.