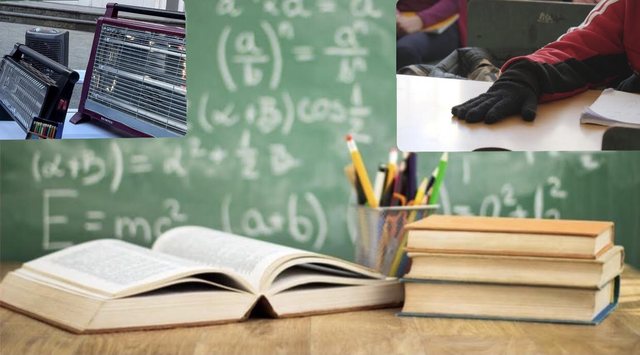 January 24 marks International Education Day. In an unusual and sudden situation, this day has found Education in Albania 'frozen' and 'numb' by the lack of a heating system in schools and gymnasiums.

January 24 is marked on the calendar as International Education Day, for "the role that education plays in global peace and development", as well as to draw the attention of governments and peoples to the role and importance of education as one of the most appropriate tools to escape poverty.

But, it is different in our country, where education is conditioned to be modernized without meeting even the minimum conditions.

The Minister of Education, Evis Kushi, announced the closure of schools for three days (respectively on January 24-25-26) due to severe weather conditions and low temperatures that have paralyzed almost every region of the country for days.

And yet, when the focus was on guaranteeing minimum conditions for a dignified and profitable learning process, the government has been distracted by the 'mania' to feed children with modern technologies.

The government's priority for education this year remained the transportation of children, who have to travel long distances from their homes. Prime Minister Rama said that he would give a special stimulus to fill the gaps, where students are offered the opportunity for arts and crafts, and here he took into account the technology again. So, craft of a new technological dimension.

In the series of priorities, the heating system in schools was not seen or heard anywhere. If the government had guaranteed total heating to educational institutions, and therefore does not make it a priority for 2022, the question arises: Why do schools stay locked today due to the cold ?.

Despite the allegations of failure, the government has not reacted, not even the Minister of Education. The only 'comforting' reaction was yesterday, where the minister gave one of the parents working in the administration the chance to stay at home with their children, "without administrative and financial consequences".