Mark Mark's escape: how the right hurts me, how a former student makes me proud 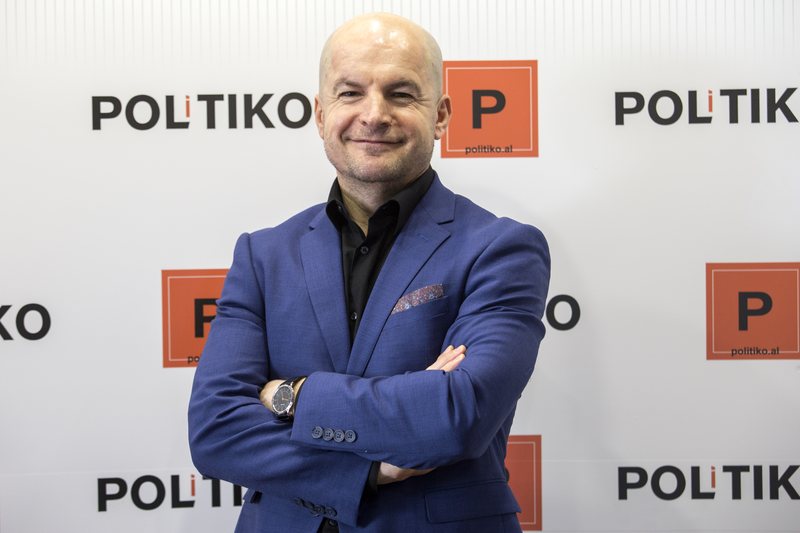 This morning something unusual happened to me after so many years: I had a strong desire to buy a newspaper. Because today the Panorama newspaper, which usually headlines with lists of pensions and property compensations - something unheard of in any country of the world - had finally some news. Mark Marku Leaving the governing forums and the MP seat of the Democratic Party.
So I hurried to the nearest kiosk to get the Panorama. With mixed sensations. Although, without reading it, I guessed I knew what Mark had written. I needed the text just to taste the poisoned silhouette of a vignette of his usual irony, that is, enough to laugh at myself this morning of vague political and social times. I was not disappointed because here was the episode with the golden chain of Jemin Gjana where Basha hung the lock of the secrets of his chosen ones.
I knew where Mark's text would go because he had given his sign since the DP National Assembly. Because, he had elaborated those theses before, both in public and in private conversations. The importance of Mark's departure from the DP parliamentary group, however, is related not only to his weight as a public intellectual, as a generator of theses of general interest, as an author, as a lecturer of Communication, or if you wanted as a public authority, but especially for the fact that he relinquished the political and social power enjoyed by an MP and a member of the establishment of the second-largest party in the country.
Mark just had to keep quiet and accept the state of his party, and the benefits would be there. Probably a seat in the party leadership, probably chairman of the opposition Parliamentary Committee on Education and Media, possibly other benefits.
Mark chose to leave this comfort zone, and I am sure he does so from a very simple premise, which has pushed him towards that decision without any suffering: he is essentially an intellectual, and his first and foremost precondition is freedom or lack of it. If you think of the DP, Marku is probably the last intellectual - clarifying here the Albanian concept of intellectual. This means intellectual is not someone who has completed higher studies, even with a Ph.D., but someone who conceptualizes in his field, who thinks beyond social clichés, who belongs to ideas, digs for them, and generates his own.
When the intellectual sees that the group he belongs to is not commanded by ideas and common sense he prefers to come out on his own. This is the reason why political parties in Albania, as a rule, are guarded against people who think for themselves, who can articulate an opinion outside the whirlpool proposed by the chief and exercised by the lackeys.
Only for one idea, as Mark did, can the commanding positions of comfort be abandoned, and only an intellectual can do that. But, it is not this intellectual joy that makes the act of Marku important. His escape is the loudest crackle on the deaf door of the right. Reflection on it is the only sign that hope has not escaped from the borders of the DP. That the inexhaustible pumpkins of greed do not reign there, the most illustrative of which is the pair of hooded pigeons, whose political ideas revolve around a manipulated video and the call that the opposition, please men!, be given some from the billions of the port of Durrës.
If the reflection does not take place, if it is not so fast, real, fair, and humble, and does not appear in the next public act of the opposition, which is the meeting of the National Council for the election of the new Presidency, unfortunately, the tide of events will go to the idea of ​​Andi Bushati, PD has closed its mission. As a party shop, it can snort for another term, but no longer.
Third, Mark Marku has given a lecture that goes beyond the DP and cultivates the entire Albanian political landscape of transition. He leaves politics for ideas, not just for interests. Having said that, Mark's escape can't be compared to Çomo, Ruçi, or anyone else. The former Democratic MP left on the back of his idea of ​​political things, not put up to it by others.
In the end, Mark Marku's resignation does honor to the right.