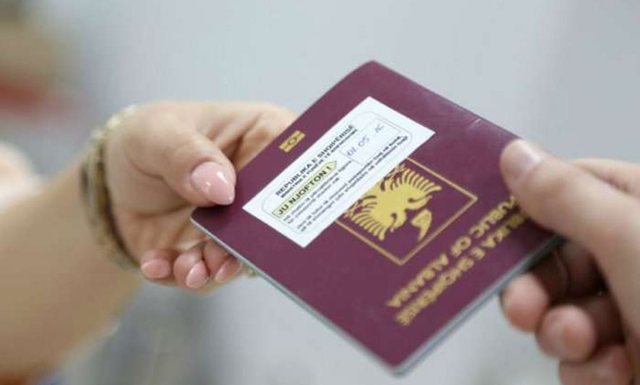 The European Commission announced on Thursday that it will prepare a legal action against Malta over the so-called golden passport project, which allows foreigners to buy local citizenship for the purpose of investment.

Holding a Montenegrin passport costs foreigners 1 million euros and allows them to live and work in any EU country.

In recent months, Malta suspended the program for Russian and Belarusian nationals after the start of the war in Ukraine, but it continues to operate the scheme for all other nationalities and has expressed no intention of ending it.

Brussels believes the scheme is in breach of EU law because citizenship is granted without any real obligation for beneficiaries to live in the country. Malta disputes this view, insisting again on Thursday that it was correct in its interpretation of EU treaties.

"The Government of Malta believes that it is not in breach of the principle of sincere cooperation as set out in Article 4 (3) of the Treaty on European Union," Malta's Ministry of Home Affairs said in a statement.

The same initiative has been undertaken by the Albanian government. Despite criticism from the opposition and experts in the field of economy, Prime Minister Rama did not withdraw from the fiscal amnesty. The draft was released for consultation in June and provides for the voluntary declaration of an asset with a monetary value of up to 2 million euros, which is then taxed at 7-10%.

A meeting was held today to discuss fiscal amnesty between foreign ambassadors in Albania and government representatives. Although it was Prime Minister Rama himself who invited them and organized the meeting, he himself was not present.

At the end of the meeting, the EU delegation in Tirana reiterated its concerns regarding the initiative of the Albanian government.

"The European Union has serious concerns about the current draft law on fiscal amnesty. We will continue consultations with the relevant government structures to revise this legislation", the delegation told the media.

While Prime Minister Rama has stated that he will not withdraw regardless of the position of the internationals. The day before, when asked about the fiscal amnesty law and their attitude, Rama told reporters , "You worry about how upset the EU will be or how upset America will be? What are you crying about? They have their affairs in order".