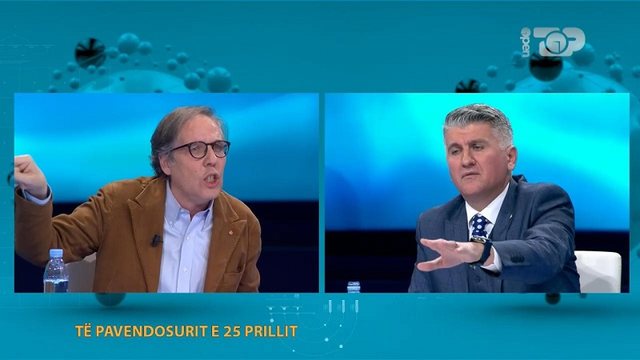 Analysts Carlo Bollino and Argon Gjekmarkaj clashed as they discussed the category of undecided for the April 25th elections.

Invited to the Open, Gjekmarkaj said that small parties are the government's suicide bombers, but in the end they will commit suicide.

Among other things, he accuses Italian journalist Carlo Bollino of forcing the White House to deny the news of George Bush's watch theft, while the latter told him that he has the false news in his party.

Excerpts from the debate:

Gjekmarkaj: I agree with Antoni that small parties are government suicide bombers, but in the end I am afraid that they will commit suicide. You have records in your CV that you have denied the stolen watch, in order to defame Bush's visit to Albania.

Bollino: Fake news is in your party, this is official slander, I'm just a journalist.

There are undecided but there is no reason for the government to take the undecided. Today, for example, Rama invited Çomo, the first said that he was a militant but an honorable doctor, but he fired Manastirliu and Beqaj, how much will he be trusted? Who will seduce the gray electorate? Opposition.