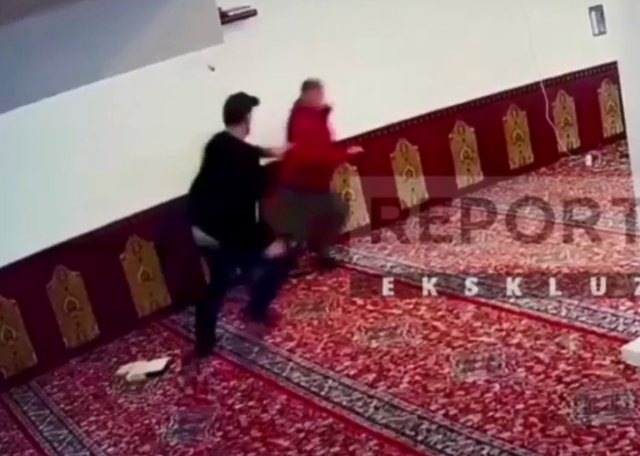 This is the moment when Rudolf Nikollaj stabbed five believers in the 'Dine Hoxha' mosque on Kavaja Street in Tirana.

The incident took place on April 19, while in the images published by Report tv, it is seen how the perpetrator runs and shoots one by one with a knife the believers in the mosque. Believers have run and thankfully escaped without major injuries.

Nikollaj was left in prison today on charges of "acts for terrorist purposes", where investigations are being conducted by anti-terror.