'Message' of Ambassador Yuri Kim: Albania is clear who is friend and foe 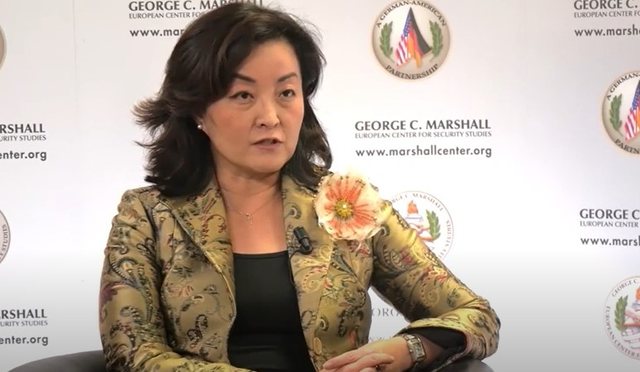 The US Ambassador to Tirana, Yuri Kim, spoke on a range of issues in an interview with the European Center for Security Studies, George C. Marshall.

The ambassador spoke unperturbed about the influence of China and Russia in Albania, while emphasizing that the United States is the partner that has always supported the European integration of the Western Balkans.

"Albania is very clear who is friend and foe. Russia and China have very little influence in Albania. They understand very well that their future belongs to Europe and the American partnership. "We will work hard for this," said the ambassador.

In an interview for 'Geroge C. Marshall', Yuri Kim listed her three priorities during her stay in Albania, which are related to democracy, defense and business.

"The rule of law, clean courts, justice reform. "These are fundamental aspects of a country," Kim said, referring to the work done by Albania to clean up the judiciary. "As members of NATO, we are interested in a country that carries the weight of defense and alliance," said the ambassador.