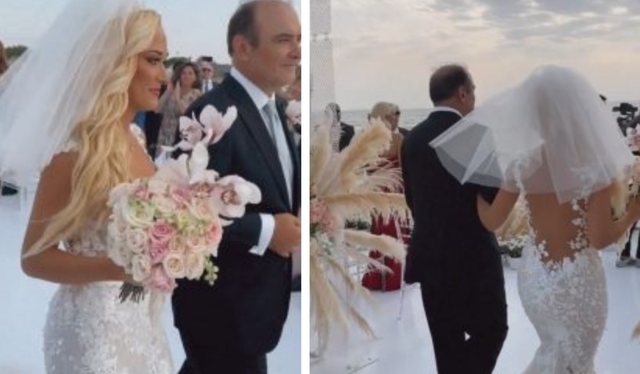 They are seen as rivals in politics at least since the April 25 elections, but the children brought them together again.

The son of the now SP MP, Nasip Naço, former SMI minister is married to the daughter of Edmond Haxhinasto, part of the SMI and former minister of this political force.

For years, Naço's son Franco has been in a relationship with Haxhinasto's daughter, Eliza, with whom he met when they were at school.

Recently, they have crowned love in marriage, after many years together, in a seaside ceremony. As can be seen from the photos, Eliza appears very elegant, in a very fine dress with flowing blonde hair, while accompanied by her father, Edmond Haxhinasto.