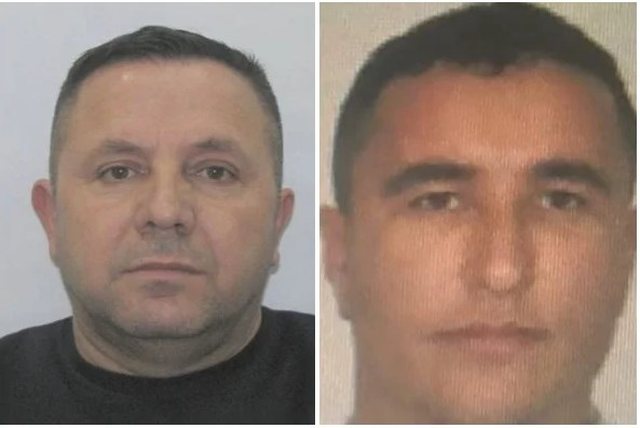 They went to rob 500 thousand euros, but received only the children's savings, Dumani tells how they "bluffed" in the robbery with Talo Cela

Once close friends, while today they are sworn enemies, it is about Nuredin Duman and Talo Çela.

In the file provided by Abc, the testimonies of Nuredin Dumani are revealed, which shows a failed robbery committed in 2013 in Shijak.

According to Duman, Dorjan Shkoza had given him and Talo Çela information that the neighbor who lived above him had 500 thousand euros in the safe inside the apartment, and that this detail was given to him by Dorjan's sister, who had an exit with the lady of the house.

According to Duman, as soon as they received the information, he, Talo Çela, Gent Sharra, Gon Qafa and informant Dorjan Shkoza, made a plan to rob the rich family, which Dorjan's sister had said was the owner of a chicken coop.

Dumani confesses that that evening the incident took place towards the apartment with an ML car which he owned, and that Talo Çela was the one who made it possible to enter the businessman's house, as within 5 minutes he managed to open the armored door .

Everyone entered the house except Gon Qafa, who was guarding the door with a machine gun.

As soon as they entered, an old woman came out in front of you, whom Talo Çela immediately locked in the bathroom, while insulting her and shouting at them all the time.

While in the room were the woman and two small children, for whom Dumani says that he caressed them because he was sorry, a fact for this, according to him, is the testimony given by the lady of the house who said that one of the robbers behaved well. .

But the robbery did not go as expected, as they did not find the 500 thousand euros that Dorjan Shkoza was told were in the safe, and instead robbed the savings box of two children that had about 3 thousand euros inside and some rings and jewelry housewife.

This tool was in my name. We went at 4 o'clock in the morning because at that hour the master of the house came out. The door was armored and Talo opened it 3-5 minutes after he had with him the tools that opened the doors. After the door opened we went inside all but Gon Qafa was left outside with a machine gun in his hand. As soon as we entered we saw the old woman coming out of the toilet. The old woman locked Talo in the toilet and started swearing. . They continued the check and I stayed there so that the wife and children would not shout. I felt sorry for her children and stroked them from the cheeks.

When this woman appeared on TV she said that one of the perpetrators behaved well. About 3000 Euros were found in a savings box and we left. "I later found out that one of the boys who took part in the robbery had also taken the rings of this lady…", it is said in Dumani's testimony. A B C