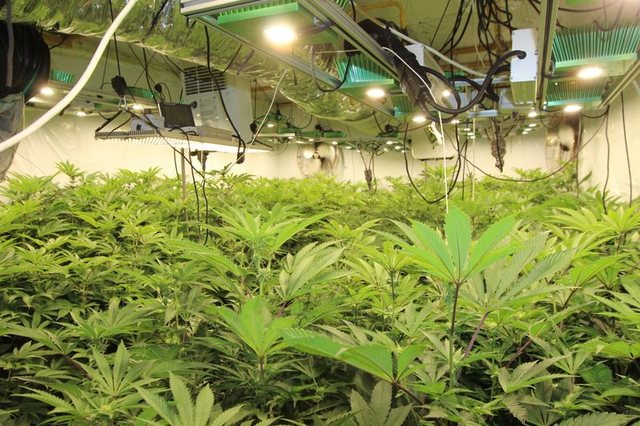 Albanian gangs are smuggling people to Nottinghamshire and employing them in large cannabis factories, said Nottinghamshire police, who have closed 62 cannabis farms in the past three months, half of which were housed in commercial buildings. as unused factories and warehouses.

A number of people from Albania, who have no connection to Nottinghamshire, have decided to hold against their will. There have also been seven cannabis thefts, where criminals have entered armed with guns to take control over the supply of another gang, writes  nottinghampost.

Residents have alerted police. The most recent incident occurred on Harcourt Street, Kirkby-in-Ashfield, shortly after 4 a.m. on New Year's Day when an intrusion was reported.

After infiltrating, officers found dozens of cannabis plants in multiple rooms, along with a range of sophisticated cultivation equipment.

Detective Inspector Paul Lefford of Nottinghamshire Police said some criminals had even decided to deal with cannabis growth as "a simple way to make money". But DI Lefford said growing cannabis was not "a victimless crime" and was linked to modern-day slavery, money laundering and violence.

He told her: "There is still this mentality that cannabis is a crime without victims. We see Albanian victims smuggled and trafficked to the UK and put on these streets with the promise of a better life.

"We are working with detectives to find out who is leading them. It is about following the chain to the top." Cannabis plants worth more than 4 4 million were seized by Nottinghamshire Police during the pandemic.

DI Lefford said some criminals had decided to plant cannabis in their homes as another source of income.