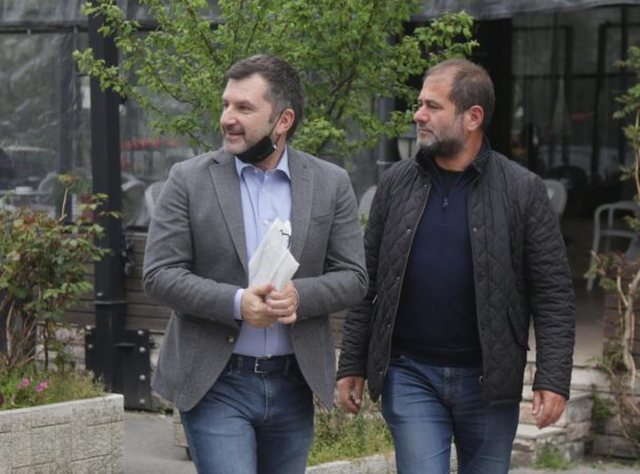 The European Court of Human Rights decided to order Albania not to implement the controversial decision of Judge Iliriana Olldashi for the seizure of computers and other electronic equipment of journalists at Lapsi.al, in a measure of suspension that is rarely used and in extreme cases by this court, said lawyer Dorian Matlija.

The court notified Matlijan via e-mail of the decision, after he submitted the request on behalf of Lapsi.al journalists, who have appealed Olldashi's decision.

On April 21, 2021, the Court (the incumbent judge), decided, in the interest of the parties and the proper conduct of the proceedings before it, to tell the Government of Albania under Rule 39 that the authorities should stop the implementation of decision no. 131, dt. "April 18 of the Court of First Instance of the Special Structure Against Organized Crime and Corruption for the seizure of data storage equipment and computers / electronic data belonging to the applicant," the letter reads.

Matlija told BIRN that such decisions are made by the Strasbourg Court only in extreme circumstances when life or very fundamental rights are seriously and irreparably endangered.

"To our knowledge, this is only the second case that the Court gives such a decision on issues of freedom of expression. The first in 2018 against Ukraine and the second today, " said Matlija.

SPAK surprised experts on freedom of expression when on Sunday it accepted a request from the prosecution for the seizure of journalists' equipment, as part of the investigation into the massive database allegedly belonging to the Socialist Party, which holds personal data of all Tirana voters . Lapsi.al first published the news about the existence of the database, which then flowed on the internet until it became a secret that everyone knows.

However, despite the fact that the database circulates on the Internet, SPAK asked to get it and the source from where it had fallen into the hands of journalists, looking for it on Lapsi.al. Lapsi executives Andi Bushati and Armand Shkullaku refused in order to protect their source of information.

European law gives journalists the right not to reveal the source of information to prosecutors or the court and urges the authorities to exhaust all available investigative tools before claiming to have access to journalists' data./BIRN