DECISION / MPs will not benefit from fuel costs, allowances and housing rents during the campaign 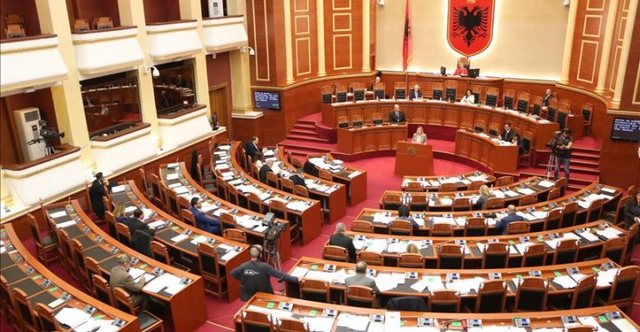 In a recent decision of the Bureau of the Assembly signed by the Speaker of Parliament Gramoz Ruçi, it was decided that the deputies' diets should be cut off during the election campaign from March 25 to April 25.

Point 1 of the decision states that MPs will not benefit from fuel costs, diets within the country and housing rents.

An exception to this decision will be made only if during the period March 25 - April 25 the Assembly will hold activities in the parliamentary committee / plenary session.

Often times in the media have been made public, where MPs receive fat payments for fuel and diet. 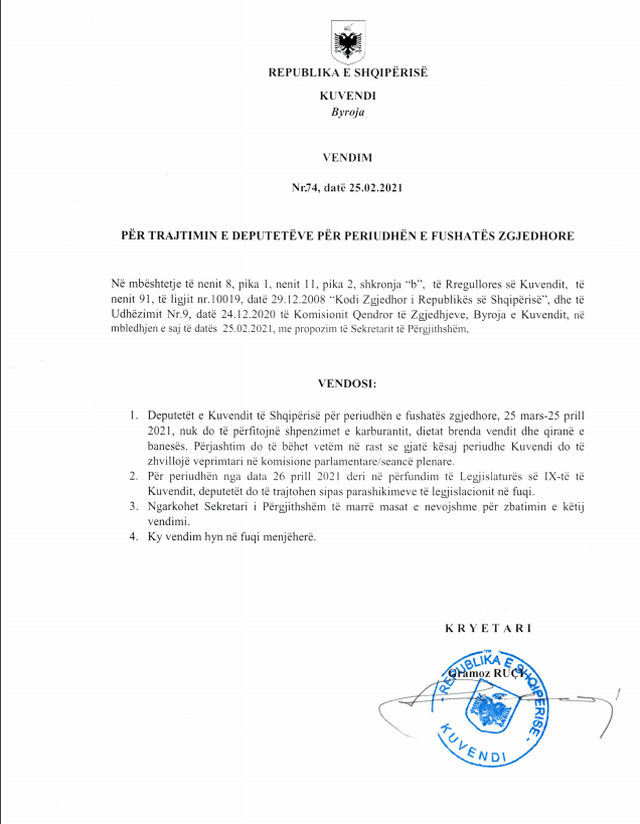