Saimir Tahiri's wealth is revealed, the problems that were ascertained 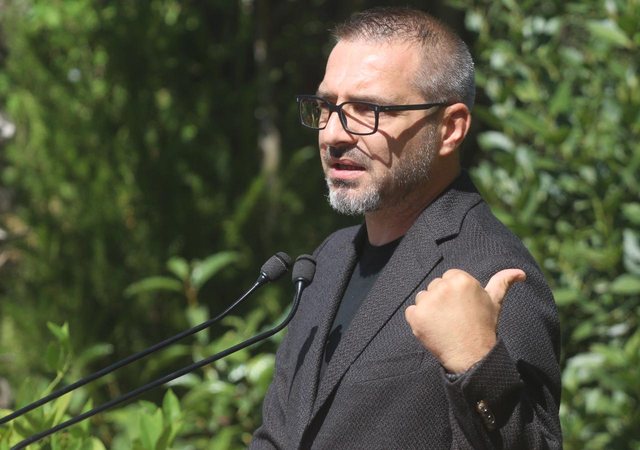 Saimir Tahiri was elected Minister of Interior in the cabinet of Prime Minister Edi Rama after the 2013 parliamentary elections and held this post until March 2017.

Tahiri was re-elected MP a few months later, but was forced to resign from parliament in May 2018, to face 'as an ordinary citizen' accusations by the Prosecution of his involvement in drug trafficking committed by the group of Habilajve.

In September 2019, the Serious Crimes Court dropped the prosecution's charge of involving Tahiri in drug trafficking, but sentenced him to 3.4 years in prison for abuse of office, a sentence which was suspended for 3 years. Tahiri appealed the decision to the Court of Appeals, which decided to return the case for retrial in the first instance.

Saimir Tahiri completed his law studies and was elected MP for the first time in 2009. He was also the chairman of the SP for the Tirana branch since 2011.

This report was produced by BIRN following the administration of the asset declarations of former Minister Saimir Tahiri by the High Inspectorate of Declaration and Control of Assets and Conflict of Interest, HIDAACI. It aims to make transparency on the assets of members or former members of the Council of Ministers during the years 2013-2020.

The following graphic file presents the assets declared by the former Minister of Interior, Saimir Tahiri from 2010 to the end of 2018

In the statement submitted to HIDAACI in 2010, Saimir Tahiri declared family assets worth ALL 15.6 million, while in 2018, family assets result in the value of ALL 23.2 million.

In June 2018, Mr. Tahiri's assets consist of real estate worth ALL 12.3 million, bank liquidity of ALL 9.3 million and cash savings of ALL 1.5 million.

Family income for the reporting period is ALL 28.6 million, of which 51% are based on Mr. Tahiri's salary and about 48% on his wife's salary. About 1.4% of revenue comes from selling a vehicle.

Regarding bank liquidities, Mr. Tahiri and his wife declare them sometimes as a balance at the end of the year and sometimes as additions / reductions compared to the previous statement, which makes it difficult to calculate bank deposits accurately.

According to the cumulative analysis conducted by BIRN, the subject and his wife result in ALL 14.2 million in bank liquidity in mid-2018, while Mr. Tahiri declares that he owns bank liquidity of ALL 9.3 million. Reporter.al