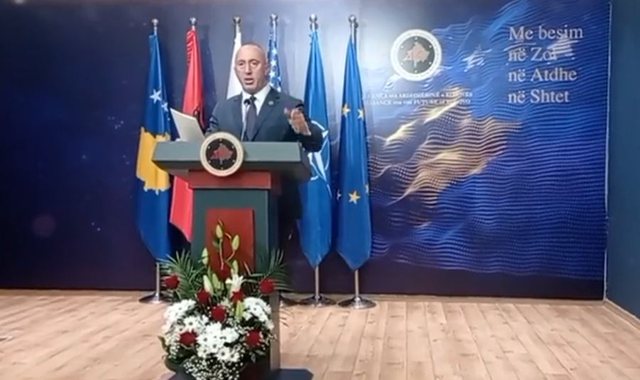 The leader of AAK, Ramush Haradinaj has said that Kosovo has passed another test of democracy today, holding free and democratic elections.

He also said that according to the data they have, the party he leads has won in six municipalities and goes to the runoff in one municipality.

"AAK in this election has scored the best result. Our data show that we have won in six municipalities - Gjakova, Suhareka, Rahovec, Klina, Deçan and Junik - and we also go to the runoff in at least one municipality - in Istog. We notice a return and increase of the vote in some municipalities such as Peja, Prishtina, Podujeva and other municipalities. It is an expected victory for us thanks to the values ​​that the Alliance has, the good work of the current presidents and their governing program, as well as the tireless work of tens of thousands of Alliance activists. The result of the votes for the candidates for municipal assembly is also good, so it is a return of the Alliance vote "- said Haradinaj.