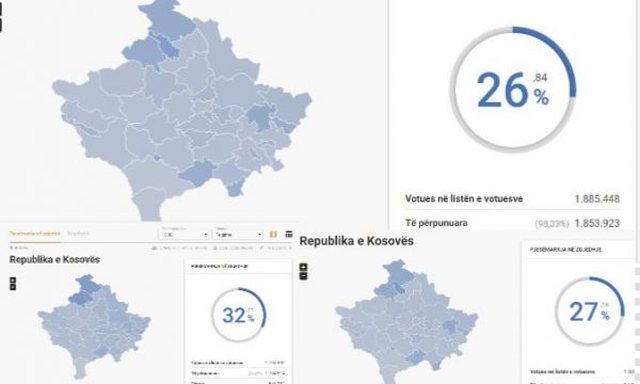 Compared to previous years, today's local elections have seen a lower turnout of citizens, with the exception of municipalities in the north of the country.

Serb-majority municipalities lead in terms of the number of citizens who have exercised their right to vote.

The municipality of Zvecan ranks first with the largest turnout of citizens.

Whereas, after it for the largest number of citizens who went to the polls ranks North Mitrovica with 55.03 percent or 9 thousand 751 citizens who have exercised their right.

According to Democracy in Action (DiA), the voting process by noon is being accompanied by low voter turnout, with the exception of municipalities in the north of the country, where the average turnout is 3 times higher compared to other municipalities. / Express /