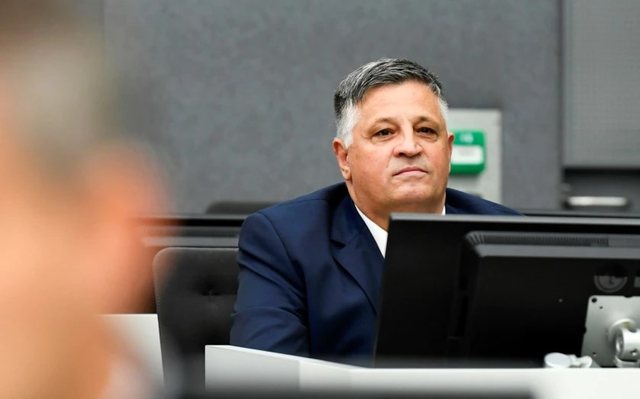 Nasim Haradinaj's defense team confirmed to reporters that it would appeal the sentencing verdict handed down on May 18 by The Hague Specialized Chambers.

The deputy head of the Organization of Veterans of the Kosovo Liberation Army (OVL-KLA), Nasim Haradinaj, was sentenced to four and a half years in prison on charges of obstructing the administration of justice. The president of this organization, Hysni Gucati, was sentenced to the same sentence.

"We are waiting for the sentence to be reduced," said Haradinaj's lawyer, Toby Cadman, adding that the defense's position is that Haradinaj be sentenced as long as he is in custody.

Haradinaj and Gucati were arrested on September 5, 2020 and have been in the Hague detention center ever since.

Haradinaj's lawyer said he expects the trial panel to independently consider their request and reduce the sentence for his client.

According to the laws, the parties have the right to appeal the decision to the Court of Appeals in The Hague, which operates under the laws of Kosovo, within 30 days from the imposition of the sentencing decision.

During the sentencing, the court argued that Gucati and Haradinaj had threatened the protected and eventual witnesses, publishing their information and classified Special documents.

Gucati and Haradinaj were arrested in September 2020, following suspicions that several press conferences at the OVL-KLA headquarters in Pristina had distributed classified documents of the Specialized Chambers, also known as the Special Court.

The indictment alleges that these documents, copies of which were distributed to journalists at three press conferences, also contained the names of potential witnesses who could testify against former KLA leaders, including in the case against former President Hashim Thaçi, former Speakers of Parliament Kadri Veseli and Jakup Krasniqi, and former Vetëvendosje Movement MP Rexhep Selimi, who are charged with war crimes and crimes against humanity.

The Specialized Chambers and the Specialized Prosecutor's Office - otherwise known as the Special Court - investigate alleged crimes committed by members of the Kosovo Liberation Army against ethnic minorities and political rivals from January 1998 to December 2000. .

These alleged crimes are mentioned in a 2011 Council of Europe report authored by Swiss Senator Dick Marty./ REL