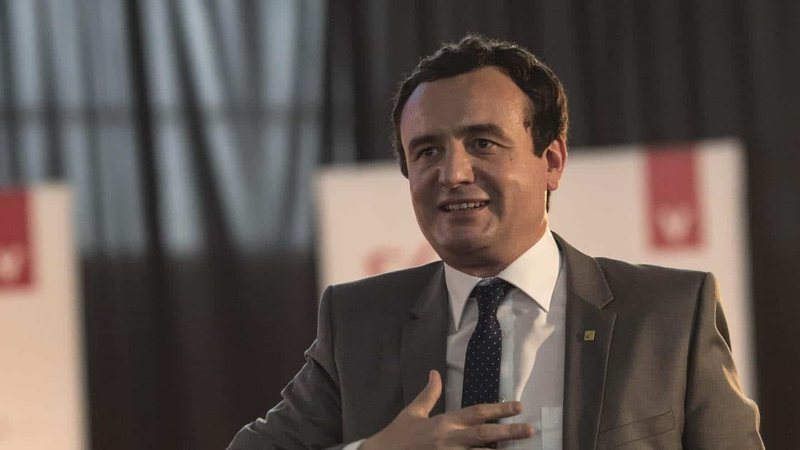 Early elections in Kosovo were held after a year of backwardness and lack of political stability, amid a pandemic, serious economic difficulties, stalled dialogue with Belgrade, and an environment of deep frustration of citizens with the current government.

The convincing victory of Vetëvendosje leader Albin Kurti deserves analysis on two levels. The first is exclusively Kosovar and represents the model of how citizens are defined when they gain the opportunity to declare themselves on topics of daily life that concern them and not on imposed topics. The second has to do with the prospect of dialogue between Belgrade and Pristina, which is in danger of being overshadowed by the coming to power of the rigid nationalist.

Most of the old guard, with the exception of Ramush Haradinaj, eventually goes to the archives. The four leaders of the former Kosovo Liberation Army - Hashim Thaçi, Kadri Veseli, Jakup Krasniqi, and Rexhep Selimi - are in The Hague where they have been charged with a series of crimes.

Freed from this burden, Kurti received almost referendum support to face the old challenges. Rapid changes are expected from him in solving the two biggest problems of Kosovar society: corruption and unemployment.

Kurti had won on these topics in 2020, but after 51 days in power, he was removed thanks to domestic machinations and American interference because he refused to remove the tax on goods from Serbia, for which the dialogue had been suspended for a year.

According to Transparency International estimates for 2020, Kosovo ranks 104th out of a total of 179 countries in terms of corruption. Unemployment in a country with the youngest population in Europe reaches dramatically 40%, while the emigration rate is one of the highest.

During the short pre-election campaign, Kurti avoided making easy promises, such as the work of visa liberalization, but the question remains, how rapid are changes possible in the face of a chronically unstable political situation?

Since 2008 when independence was declared no governing coalition in Pristina has managed to close the entire mandate. Two cabinets were toppled last year as the president was forced to resign.

The old political elites - the Democratic Party of Kosovo and the Democratic League of Kosovo, refuse to cooperate with Kurti, thus deepening divisions in society. What will happen if his partner Vjosa Osmani becomes president? One party should have the president, prime minister, and speaker of parliament who belongs to the winner.

Kurti could not lead his list because in November 2008 he was convicted by a final tear gas attack in the Assembly of Kosovo, and according to the law, the candidate for deputy three years before the election should not be tried. Kurti is not interested in being an MP but a prime minister, this could cause a multi-month constitutional crisis and bring instability to the country.

Although all political bridges have been destroyed, it is likely that Kurti will easily secure the minimum of 61 votes in the 120-seat parliament. Haradinaj's Alliance for the Future of Kosovo is offered as a partner, which can support Kurti's government, but seeks the post of President for which its leader has run. This includes accounts with the list of ethnic minorities.

Unlike Albanians who went to the polls to bring to power someone who is expected to begin solving their existential problems, Kosovo Serbs came to the polls to support the Serb List (LS) as a branch of politics. of Belgrade in the North of Kosovo. Kosovo Serbs again did not have the chance to share their fate with their Albanian neighbors. They were assigned the task of making "amen" to national unity and preventing anyone from the two Serb lists whose candidates were classified as "Albanian Serbs" from entering parliament (underlining the author).

LS victory with 99% is an impressive result only for North Korea, and consequently, Kurti reiterates the position that LS Serbs do not represent the interests of Kosovo Serbs and therefore does not want to have them in government. He will probably be forced to resign under the pressure of constitutional norms: there may be two ministers from the Serbian List in his government.

The way Kurti will use the opportunity for a new beginning largely depends on the "external factor", above all on the processes with Serbia.

Kurti listens to the wishes of the voters, thus after the victory, he repeated that the dialogue occupies "the sixth or seventh place in the public opinion". This issue was not at the top of the priorities in any of the Albanian lists or parties during the election campaign.

Last year, the dialogue was a victim of the electoral process in Serbia, now in Kosovo, then in 2022, again in Serbia, at a time when elections are expected in Germany and France. The EU Special Envoy is likely to formally renew the dialogue but will have to do so more to justify his high salary than to bring the actors closer to a possible deal.

Aleksandar Vucic says that Serbia is ready for dialogue under the auspices of the EU and for "innovative (mysterious) solutions", but still strongly opposes the recognition of Kosovo's independence. Does this mean that he is not ready to talk to Kurti and the "dangerous man", Haradinaj if he becomes president of Kosovo? I would say yes and maybe this is the explanation why there were no harsh words against the leader of Vetëvendosje either by Serbian officials or their media.

There is no doubt that the administration of Joseph Biden is a strong ally of Kurti, especially in the demand that Serbia recognize Kosovo, but the new Kosovo Prime Minister is in no hurry. It will wait and meanwhile focus on reforms in Kosovo society with $ 1 billion in US aid earmarked for economic recovery.

All this leaves the impression that, when it comes to Balkan issues in the Biden administration and the European one, the priority issue will be Bosnia and not the Kosovo conflict.