A PD between Azem Hajdari (Sr. & Jr) and Arturbina 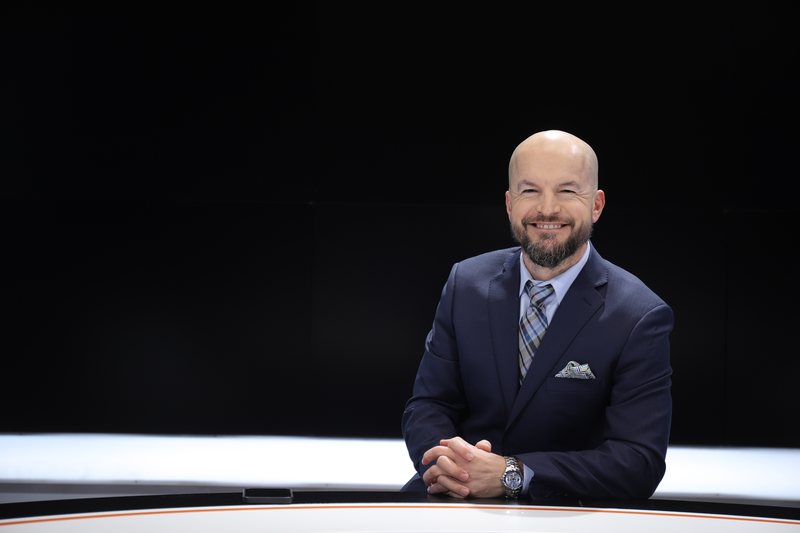 Today was the first December 8 with two parallel groupings, both seeking the legacy and identity of the DP, in two activities in memory of the same event.

The selection of places also stood out in this division, which in any case carries symbolism and narrative. Sali Berisha was deployed in the Student City, with the statue of Azem Hajdari in the background, where the December Movement started and came to life. Lulzim Basha with his in Arturbina, one of the works of 'progressive realism' of Edi Rama. An unfortunate selection can be said because Arturbina is the epitome of the National Theater, the battle for which would take place 'over our bodies' as Basha had promised, and was lost. In two dimensions: both for the fact that the Theater collapsed, and for the perception, conceived in the circles of the supporters of the Theater issue, that 'the opposition sold the cause'.

It seems that Basha has ignored this symbolism trying to build a new one. That he has support, can fill a hall, and that he is not an authoritarian leader. Unlike Berisha, who is at the center of the Lecterns, he had chosen the deep background. Sitting somewhere in the middle of the hall, and not on the tribune panel, Basha tried to say 'I am one of you, or that 'the party with me at the helm belongs to everyone.

A profound contrast to all the behavior so far at the helm of the DP.

If we assume that Basha had achieved this ethical aesthetic-democratic integrity of his rally, it can be said that he lacked a democratic identity. December 8 of Basha's meeting was not related to December 8 of the December Movement except for the coincidence of the date. The presence of Mark Markut and Preç Zogaj, one former student and the other young intellectual of that time, and later one of the signatories of the founding of the Democratic Party, more than the identification of that December, were the rejection of Sali Berisha in this Democratic Party.

If Sali Berisha had in the background Azem Hajdari, but also his son, the young Azem, Basha was closed by a Wahhabi crew, and Grida together with other women, who are not part of the Albana Woman's League, but of a woman other. This postcard may remain in Arturbina broadcasting 'The Prefect' on November 28, almost as an open provocation of the right, but it does not stick to the walls of democratic environments.

This is exactly the problem that some Democrats have with Basha: the conception of a political force that resembles the new Republic, not the Democratic Party.

The opposite argument may be that Basha is imitating Rama and that his formula with the purges in the SP proved successful. Yes, but Democrats and Socialists are two different things. The former are individualists, the latter unitarist.

Beyond that, the two rallies on December 8 serve as a prelude to the future of debate and political life in the DP.

Berisha will shout the symbols and the legacy, while Basha will reject the past and the projection of the future-focused on the seals. The head of this appeared even today in Arturbina when he apologized on behalf of the DP for what the DP has failed to do.

Berisha is likely to focus on the opposite. No apology for the past. Outlining the PD government as a belle Epoque of transition, which can and should be restored.

Democrats will have to choose between parchment and tabula rasa. Because, what has been fought since September 9, and ended on December 8, does not end with 11 or 18. "It has just begun", as Sali Berisha had said to Besnik Mustafaj when they were sitting by the Student City on the night of December 8 '90, after a long day of apocalyptic events.