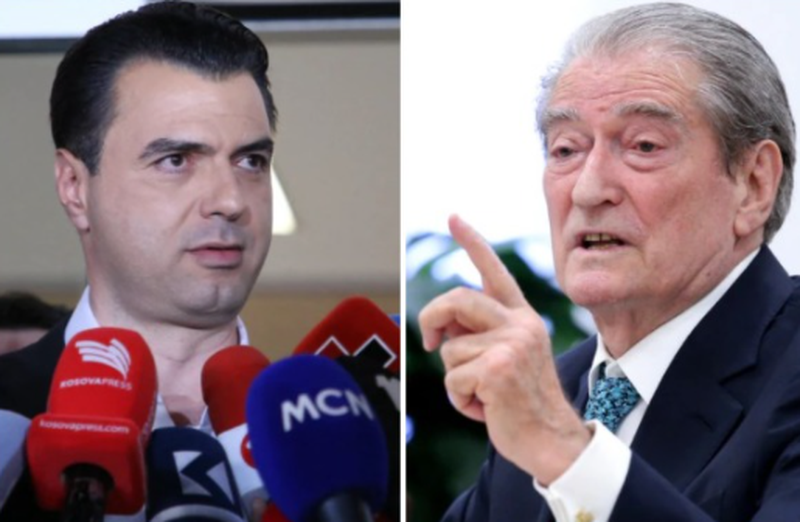 1- Municipality of Shkodra - After the mayor left the elections, Valdrin Pjetri fell into the "nets" of decriminalization.

2- Municipality of Vora - After the mayor Agim Kajmaku, also fell into the "nets" of decriminalization.

3- Municipality of Durrës - After Valbona Sako resigned after the earthquake of November 2019.

4- Municipality of Rrogozhina - After the mayor, Haxhi Memolla passed away.

5- Municipality of Dibra - After Dionis Ymeri left the post to run as an MP.

6- Municipality of Lushnja - After Fatos Tushe was fired by Prime Minister Edi Rama, after being arrested for corruption.

Since Berisha can not take the headquarters of the Democratic Party with protests, because it is a public institution protected by the State Police;

Since Berisha can not get the stamp of the DP until these elections during the municipalities, because the issue of competing statutes of the DP can last for years in the courts of three instances (not a few months);

Since Basha does not intend to withdraw or sit down in negotiations with Berisha (at least not in the coming months);

Berisha will be forced to either create a new party or enter the race with his best candidates in these six municipalities. Joining a new party is a bite that his mountain sedra can not swallow - at least not now that it is newly injured. While the registration of his six candidates in the race requires only 3000 signatures of residents in each municipality - which was achieved by Gjergj Bojaxhiu alone in 2015, without the help of militants of any party.

This would be a good electoral test for Basha vs. support. Berisha, only if the SMI brings out its best candidates in each of these municipalities. In this way, she would also test how much electoral support she has left after the defeat on April 25, when she won only 4 seats (out of 19 she had). Meanwhile, the local election and counting commissions will have members and observers from both party and Berisha candidates.

In the six municipalities where the early elections will take place, on April 25, voted about 117 thousand voters for PD-AN and about 21.5 thousand for LSI. Let's see how many of them will vote now for Basha's candidates, how many for Berisha, and how many for the Prime Minister…

(Note: I personally know more or less how much electoral support each party has, as I have conducted several private polls since September 10, but early elections are the largest poll that can be conducted before the 2023 local elections).