Halli PD is not the chairman, but existing as a left party 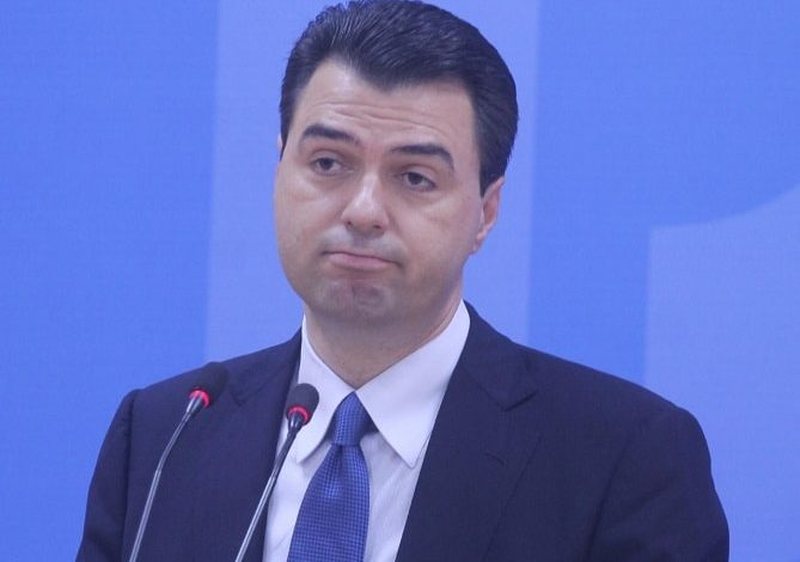 I have been saying for years that the lack of a right-wing political ideology and philosophy is the biggest problem of the DP inside and outside the country.

Today the DP is suffering from this ideological ambiguity, especially in international relations. The recognition of the elections and the bias of the Democratic administration in the US, before and after them, is clear and culminates with the declaration "non grata" of its historical leader, Sali Berisha, an extraordinary political blow to the DP.

Personally, I was clear that this would happen and I was the only one who reacted since July 2016, considering a "big mistake" of Basha his presence in the Democratic Convention that chose Hillary Clinton as a presidential candidate in front of Donald Trump. Meta, Majko, and Xhaçka, and the entire Socialist International were also present at this Convention, but these were in their ideological line. Basha should not have been there, but at the Republican Convention held a week ago.

I had some scathing remarks with my journalist friends about this issue, but that time gave me the right.

If the DP had been ideologically right-wing, as is the base of its electorate, the Trump presidency would have influenced its strong rise, as happened with Nea Demokratia in Greece, which gained all power. But Micotaqis was Trump, not Clinton.

My fellow PD politicians during the Trump Presidency objected to this argument with the fact that "Trump did nothing against the Rama regime," but I told them then and I say now that American Republicans do not see any noticeable difference between the SP and SMI and PD when you go and publicly support their political opponents in the US. It's easy. If you become my enemy, you are not my friend and ally. Therefore, the Trump administration had no one to choose from the political parties in Albania, as they were all allies of their Democratic opponents.

Now we come to the Biden administration and the PD's relationship with it. They are ideologically left-wing, while the communist line within them has been greatly strengthened. Among the three political parties in Albania, they will choose those who are declared leftists, more communist than the others, who, without a doubt, are the SP, the political, legal, and genetic heir of the ALP. They have chosen to support and strengthen it to dissolve the SMI while exerting pressure on the DP to keep it away from power.

Why should crypto-communists support when the declared communists are available ?!

I am not satisfied that my word came out and that I was right, on the contrary, I am desperate, but we are seeing that the debate in and around the DP still avoids this analysis, which for me is also the great truth of the political and electoral failure of PD. In Albania, three left-wing parties are competing with small ideological differences between them, but there is no right-wing party. The DP in 30 years has been voted by the right-wing electorate as the least evil, political and electoral status that is no longer enough. Until the 2005 elections, Berisha's anti-communist rhetoric was enough for right-wing voters, born and raised in a dictatorship, to justify or deceive themselves and vote for him. The DP has long since abandoned anti-communist rhetoric. But today those born in 1991 are 30 years old. They make a difference in the election result and are not satisfied with empty spoons, nor do they eat cheese soap anymore, which is also reflected in the repeated failures of the PD. Propaganda statements that the DP is the center-right party are devalued in the face of its left-wing action, and one of the most significant is its friendship and alliance with the American Democrats.

Now the DP has the next peak of a crisis that has not arisen today, and that has nothing to do with the individuals at its helm, but political philosophy and its conception as a political and electoral ploy for the right. Its mission to eat the flesh of communism, but to preserve its bone, has ended after they cemented their political and economic power in Albania. To survive, she would have to turn right, which apparently from the latest developments is not on the agenda of any of those who are claiming to take her direction, but even if she has, I do not see anyone's legs. The right one. The problem of the DP is not who will be the chairman, but much deeper and heavier. Apparently, the free fall will continue and those who will suffer for a long time are the Albanians, especially those who manage to clearly perceive the danger, the free people.

For militants, logic does not work.