The car crashes into the canal, killing the 44-year-old in Divjaka

Comment / Missing political rotation in Albania: Can you learn to be a former prime minister? 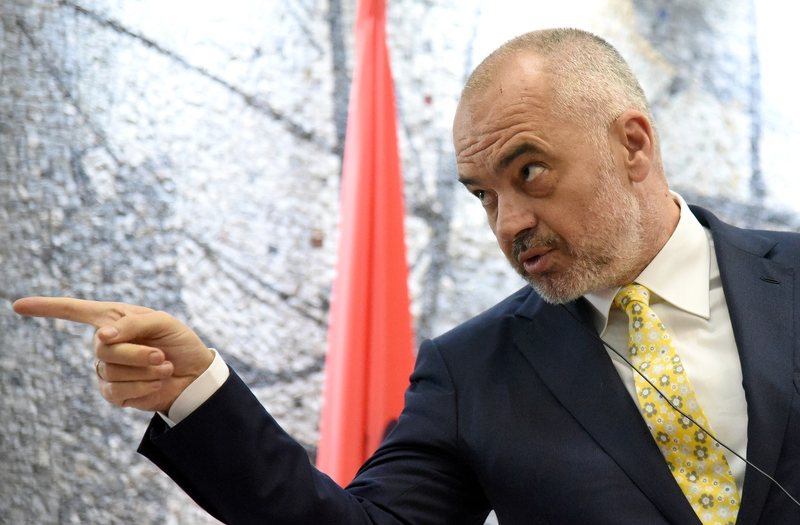 Stephan Hessel, an important figure in the French resistance during the Nazi occupation and one of the few survivors of the concentration camps, wrote a political treatise in 2010 called Indignez-Vous. The main purpose was to remind the new generations how dangerous indifference is. In Albania, we do not suffer from indifference. In fact, we are, in my opinion, one of the few people with a genuine political upbringing. From cafes to the privacy of home, political discussion is an integral part of everyday life. Among other things, we are a country that is not afraid of protesters, recent years have clearly shown this. We know, apparently, to be indignant.

This leads you to think that a country in which citizens follow political developments with interest, discuss them, are indignant and protest must be a country in which public officials run the country with a high level of political responsibility and awareness. How is it possible then, that we have for 30 years, arrogant policy-making and politics, and separate names instead of policies? That we have parties that run in the elections without genuine political programs and that put all the weight on the popularity of the main figures of the party?

Prime Minister Rama is undoubtedly an interesting political figure, but with more light and shadow than the paintings of Francisco Goya. Over the years his figure has consolidated in a dangerous direction (intentional or not) that of the Father of the Nation, which makes you think that this third term may have traits of patriotism: where the cabinet and voters are loyal to the non-party and its principles, not even the institutions but the leaders themselves, in our case the current Prime Minister Rama.

Rama, carried on his shoulders, in an Atlassian effort, the weight of the election campaign. During which as never before he was present in almost every TV show, focusing all the attention of the electorate on his person. The main motive of the election campaign of the Socialist Party was to vote for the SP (Rama) to complete the work started because without it progress would stop. The absurdity of this request lies in the fact that in a functioning democracy, institutions will continue to work, roads will be paved, buildings will be built, even without Rama as prime minister. Maybe even better without Rama as prime minister, but we will not be able to know this, since the prime minister does not intend to step down and leave space for his party colleagues.

A few weeks ago Pablo Iglesias, a well-known figure of the young left in Spain, abruptly withdrew from politics, only shortly after resigning as Deputy Prime Minister and just a few years after transforming policymaking in Spain by breaking the two-party dynamic. "I do not want to be an obstacle to the new leadership that our political force needs," Iglesias said. We are still far from such a political culture. In Albania, the cases of withdrawal from the political scene are few and have come after a long time. Former chairman of the Socialist Party Fatos Nano and former chairman of the Democratic Party Sali Berisha, have left only because their resistance to politics would be absurd since they had nothing more to offer. Rama is in politics, as a former minister of the Nano cabinet,

I and many of my peers have known since childhood a policy in which Rama has always been at the center. We have followed the development of his political figure since he represented an alternative, rebellious politics and when he promised a lot to the left. This is no longer the case.

Why is it dangerous for not only Rama, but any politician to stay in power for so long? It is dangerous because the political rotation aims to prevent corruption and a possible dictatorship as well as to guarantee freedom and a democratic representation of the interests of the citizens. Thomas Jefferson in an attempt to justify the limitation of the presidential term in the United States called it "the necessity for change", according to him no foreign or domestic power would waste money and could choose someone who would have a limited presidential term.

The political context has changed since then but essentially the concern remains the same: the longer the same politician stays in power the higher the likelihood that he will represent the interests of a particular group. The lack of such a constitutional limitation potentially allows Rama to be a permanent Prime Minister. Albania is not the only one that does not have such a constitutional limitation; even countries like Germany, which share with us an authoritarian past, do not have such a limit. Helmut Kohl, remained in power as long as Bismarck, justifying that unlike Bismarck he had been re-elected.

How much can we trust the re-election in Albania? First, it is not a matter of distrust of the management or veracity of the vote. In Albania, the situation is more complicated, parties create a network of supporters often not on principles but possible practical benefits: a job for a boy or a girl, promotion, promotion, and other similar scenarios. Second, citizens in their role as voters in these last 30 years have found themselves as in that episode of Greek folklore, where Odysseus has to choose between Charybdis and Scylla, both uncomfortable choice options. Why does this happen? Why in these 30 years have the two largest Parties produced only a few political figures? In my opinion, it is simple, party leaders have had autocratic traits and have often politically eliminated figures who could compete with them. Potential political figures coming from outside the main parties find it almost impossible. The bipartisan system is so consolidated that it has become an invincible fortress. The last election showed this best.

According to Article 105 of the Constitution of Albania, one-fifth of the deputies have the right to submit to the Assembly a motion of no confidence in the incumbent Prime Minister proposing a new Prime Minister. Of course, such a legal mechanism creates a guarantee for the preservation of democracy. In 1982, German SPD Chancellor Helmut Schmidt replaced Helmut Kohl, following a no-confidence vote proposed by the CDU. But how is it done in those cases when the incumbent Prime Minister is also the leader of the party that has the majority in parliament and is an indisputable figure in it? The authoritarian leadership of a party would be in this case a support system of an authoritarian Prime Minister. I wish that this is not the case in our country, and I wish very much that our Prime Minister does not need a fourth term to complete the work started. Plutarch writes in "The Life of Demetrius" that when the Macedonians made it clear that they wanted Pyrrhus for a king, King Demetrius, not as a king but as an actor who after finishing the theater changed royal clothes for a dark cloak and left the stage. Demetrius could have been a former king, but learning to be a former prime minister is likely to be even more difficult, but perhaps not impossible.

* Researcher at the Faculty of Law at the University of Hamburg, Germany.

Prime Minister Edi Rama and 16 ministers of the new third term cabinet have arrived at the presidency. The swearing-in ceremony of Rama and the ministers in ...

They are seen as rivals in politics at least since the April 25 elections, but the children brought them together again. The son of the now SP MP, Nasip Na&c...

His car was found burned in Puka 8 months ago, businessman Davide Pecorelli is alive, suspected of staging death

DP reacts to the miner trapped for 3 days in Bulqiza: Please come out of the rich underground with thousands of poor from misgovernment

The car crashes into the canal, killing the 44-year-old in Divjaka

Officially in the fall, the weekend brings volatile weather and rain

His car was found burned in Puka 8 months ago, businessman Davide Pecorelli is alive, suspected of staging death