Fans of the most watched series on Netflix, "Squid Game" in Abu Dhabi have been given the opportunity to experience a real life game, without murder and bloodshed. The 'Korean Cultural Center' in the UAE is organizing a reproduction of the "Squid Game" two teams with 15 participants. The event was scheduled to be held in two sessions on October 12 at the Abu Dhabi headquarters. 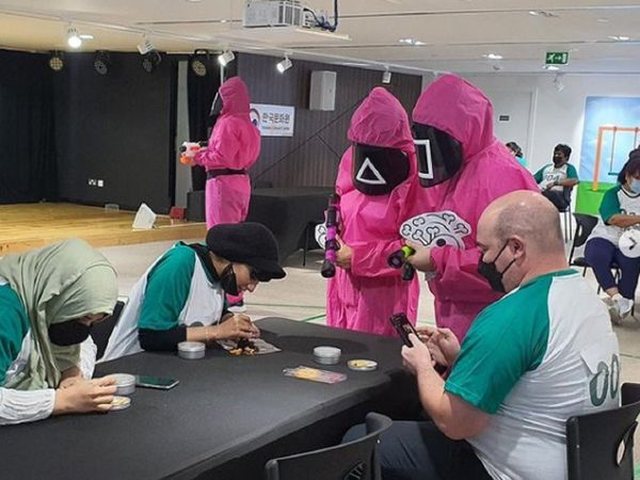 The center's events page said four of the six games watched on the Netflix series would be played during the event. These include the challenges of "Red Light, Green Light" and "Dalgona Candy", which created trends in TikTok. Players would also try their hand at the first Marbles and Ddakji (flip) games in the series.

But instead of $ 38 million, each winner is expected to be given a personalized green suit. Unfortunately, there is no money for prizes.

Center games are expected to be held in two-hour, tournament-style sessions, and eliminated players will be able to watch the rest of the games from the sidelines.

To apply to join the UAE version of "Squid Game", applicants must complete a form containing three questions that tests them to their basic knowledge of the Netflix show. Thankfully, applicants did not have to run into the hit game from a game recruiter a few times just to be invited to the games.