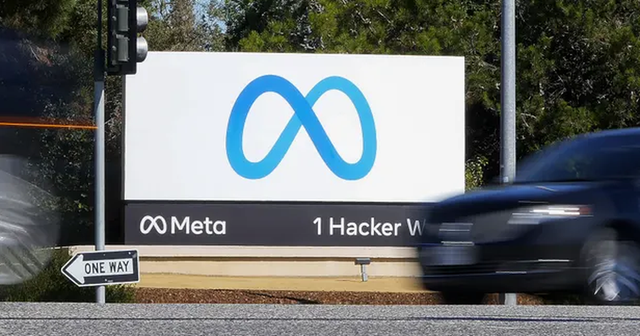 Meta Platforms Inc CEO Mark Zuckerberg unveiled plans to reorganize teams and cut headcount for the first time ever, ending an era of rapid growth for the social networking giant.

Zuckerberg said the company will freeze new hires and restructure some teams to cut costs and realign priorities. In 2023, Meta will most likely be smaller than this year.

Zuckerberg announced the hiring freeze during a weekly question-and-answer session with employees, according to a person present. He added that the company will cut the budgets of most teams, even those that are growing, and that individual teams will decide how to manage changes in staffing.

That could mean not filling the roles of departing employees, moving people to other teams or working “to manage people who aren't successful,” according to Bloomberg observations.

"I hoped that this year the economy would stabilize. But that's not happening, so we have to plan a little more conservatively," said Zuckerberg. A spokesman for Meta declined to comment.

Meta shares, which were trading lower earlier in the day, fell further on the news, down 3.7% compared to the close of trading on Wednesday. This year, shares have fallen 60%.

The further cost cuts and hiring freeze is Meta's strongest statement that ad revenue growth is slowing amid increasing competition for user attention.

This is not the best time for cuts: in addition to economic pressures, the company's advertising business, built on precise consumer targeting, has lost some of its edge due to Apple's new privacy restrictions on tracking iPhone users. TikTok is attracting younger users from Instagram.

Meanwhile, Zuckerberg is placing a strong bet on the Metaverse, an immersive virtual reality where people are expected to communicate. Zuckerberg has called this effort that it will cost him a lot of money.

Earlier in the year, Meta said it would slow new hires for some leadership roles and that it had delayed full-time job offers for interns over the summer.

The hiring freeze announced Thursday was necessary because "we want to make sure we don't want to add people to teams that we don't expect to have a role in the next year," Zuckerberg explained during the meeting.

During the first quarter results presentation, Meta stated that annual expenses would be approximately $3 billion lower compared to earlier forecasts, shrinking the estimate that had reached $95 billion.

Meta is not the only company that relies on advertising to be affected by major economic challenges. Twitter Inc has decided to freeze new hires in May and asked employees to take care of their expenses and cut travel and marketing costs.

Alphabet's Google also announced that it will slow down hiring in the second half of the year, while Snap Inc cut its workforce by 20% in August./monitor/