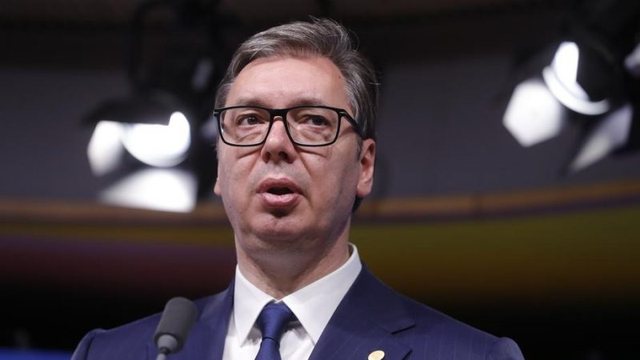 European Union pressure on Serbia is increasing, due to Belgrade's refusal to support sanctions against Russia, European diplomats say.

From the time when Russia started the invasion of Ukraine in February, the EU has clearly expressed its expectations that the countries of the Western Balkans, which aim to integrate into the EU, will support the positions of this bloc, including the sanctions against Russia. because of the invasion of Ukraine.

Serbia, until now, has ignored these calls and this, it seems, has increased the anger of some EU member states.

As a result, say some diplomatic sources in Brussels, "the negotiation process of Serbia's membership in the EU is practically frozen."

This is proven by the fact that, for more than a year, Serbia has not opened or closed any chapter in the negotiation process. For their opening or closing, the agreement of all EU member states is required. And, some countries, diplomats say, "do not want Serbia to be rewarded with the continuation of the EU membership process, as if nothing had happened".

Even the European Parliament, through a resolution on the new enlargement strategy, has requested that Serbia's membership negotiations in the EU be conditional on the support of sanctions against Russia.

The pressure is expected to increase during the month of December, when a summit of the EU and the countries of the Western Balkans will be held in Tirana.

In the statement expected to be adopted there, the call for support for sanctions against Russia will be repeated.

In the draft statement seen by Radio Free Europe, no country is mentioned by name, but it is believed to be about Serbia, which has not yet supported the European Union's sanctions against Russia.

"As we deepen our cooperation with partners, we ask them to make rapid and significant progress towards full alignment with the common foreign and security policy, as well as to act in accordance with this, including with the restrictive measures of the EU- ", it is said in the draft statement that is expected to be approved at the December 6 summit./ REL