The assassination of Zoran Zaev in 2018, as prevented by the Greek Secret Services 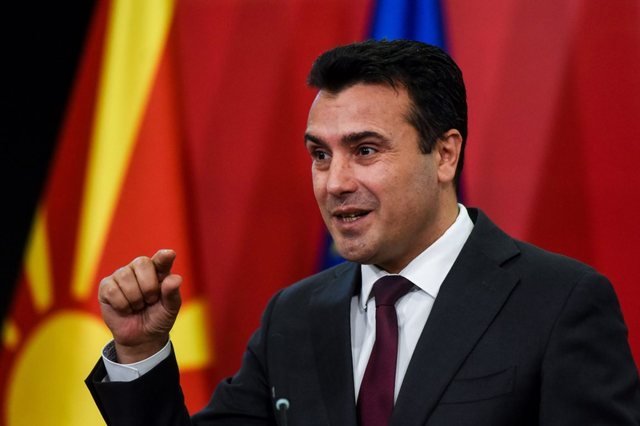 Greek secret services and the government prevented an assassination attempt on the leader of northern Macedonia, Zoran Zaev, a few months after the signing of the Prespa Agreement in the summer of 2018, and before the Skopje Parliament voted to amend the Constitution by 80 votes.

Greek media report that the assassination was carried out by a source from the Ministry of Foreign Affairs at the time, who was at the same time an informal liaison with the secret services and the Ministry of Defense, and who played an important role in the whole case. .

According to the source, after the ratification of the Prespa Agreement by the Skopje Parliament with 69 votes on June 20th (the agreement was signed on June 12th in the village of Psarades in Florina in Prespa), political tension peaked in the neighboring country.

The VMRO-led opposition, led by Mickowski (who replaced Gruevski but has since been considered a supporter), had polarized the climate to a dangerous level, in a country where assassination attempts were not unknown.

The powerful organizations of the Skopjans of Australia and Canada are expressing their anger, and will reportedly fund the reactions in Skopje, but will also have funds channeled to "secure" the votes.

Greek secret services inform then-Prime Minister Alexis Tsipras that there is a lot of mobility in Skopje against Zaev. The government is crossing it with American services, which know the reactions but do not know their depth.

At the same time, the US services consider that "the forces that have an interest in not signing the Agreement will seek to prevent the change of the Constitution (of Macedonia at that time) by the Parliament". Shortly afterwards, Russian diplomats were expelled from Athens.

The Americans are eavesdropping on the conversations of leaders moving in the environment of the Gruevski court in Hungary, which documents mobility around trying to prevent the amendment of the Constitution, while contacts with leaders moving in organizations in Australia and Canada are also confirmed.

The Americans take the prudent protection of the Skopje prime minister and send messages to foreign embassies and to VMRO that they "know". In those months, Zoran Zaev had the same defense as the American president, something that was obvious even to the ignorant, and that discouraged any thought of aggressive action.

Prençi discloses details about the December 6 protest: It will be peaceful. The police should avoid provocations

The socialist MP, Erion Braçe, has raised doubts recently with his statuses on social networks, warning of a possible departure from politics. Recentl...

by Arber Zaimi On Monday, two photos were posted next to each other on social networks, in one the British pop star of Albanian origin Dua Lipa receiving the A...