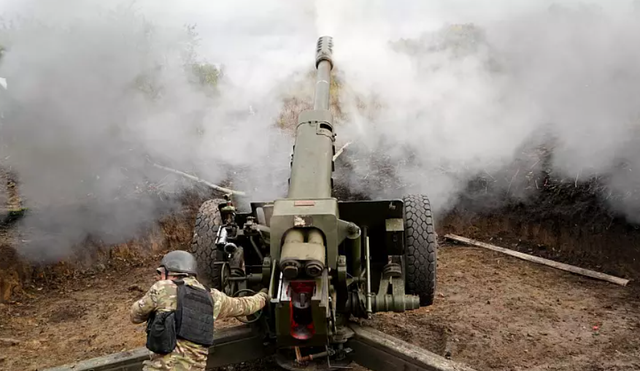 Ukraine says its army has recaptured more settlements in Kherson, one of four Russian-occupied regions annexed by the Kremlin.

President Volodymyr Zelenskyy said the villages of Novovoskresenske, Novohryhorivka and Petropavlivka northeast of the city of Kherson had been "liberated".

Thousands of Russian troops have been withdrawn from the front lines in the south and east since September following Ukrainian military counter-offensives.

Zelenskyy spoke briefly in Russian to address pro-Kremlin forces, telling them they had already lost the war.

"Ukrainians know what they are fighting for. And more and more citizens of Russia are realizing that they have to die simply because one person does not want to end the war," he said, referring to Putin.

Moscow's map of Ukraine appears to show the shrinking of the areas it controls.

A map of the "new regions" published by the state news agency RIA included the full territory of Ukraine's provinces, but some parts were labeled as being under Ukrainian military control.

Putin vows to "stabilize the regions"

The Russian president said the troops would "stabilize" the situation in the four annexed regions of Ukraine.

"We believe that the situation will stabilize, we will be able to calmly develop these territories," said Putin.

Putin signed a decree on Wednesday on the annexation of the regions. The new law will include about 18% of Ukraine's territory in Russia.

Russia's move to annex the regions raises the possibility of an escalation in war, as Putin and other officials have said they may use nuclear weapons to defend Russian territory, including annexed provinces.

Ukraine has said it will not be deterred by any nuclear threat.

At the United Nations, Russia is lobbying for a secret ballot instead of a public one next week, when the 193-member UN General Assembly considers whether to condemn the annexation of the regions.