July 7 protest / MPs who confirmed their participation, what they said before entering the Assembly 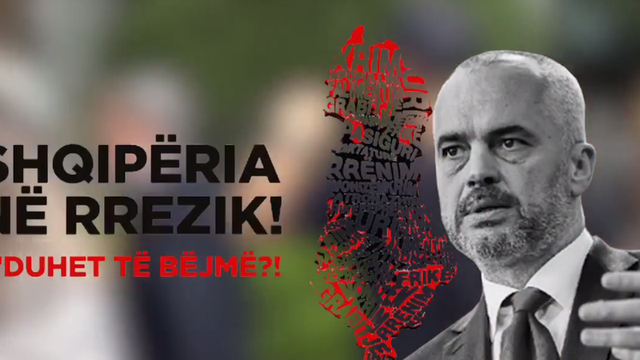 Representatives of the opposition have stated that they will join the July 7 protest. Asked by reporters before entering the Assembly, the leader of the Agrarian Environmentalist Party, Agron Duka confirmed he would join the protest.

"Yes, we will participate, PAA, we do not have any kind of coordination with Mr. Berisha or the organizers of the protest, but we think that for the issues that are protested for other prices but especially for the problems that agriculture has today, I think that PAA should be present in protest ", said Duka.

MP Ina Zhupa will also be at the July 7 protest. She called on all fellow opposition MPs to leave the divisions between them and join the protest working groups.

"On July 7, every oppositionist, every citizen dissatisfied with this government, every honest socialist, every person who has come to the throat kicking this kind of government must come to the square and protest.

The minimum duty of any deputy, who is the representative of the people who received the opposition votes, is to be the organizer and participant in the protest. Deputies in their constituencies represent those opposition citizens who have elected them and it is their functional duty as deputies to be in the working groups.

We have started the work, 4 deputies from Vlora have been to join the protest and here we have not been divided. In our conviction we can support one or the other, but when it comes to supporting the citizens we are united ", said Zhupa.

In the same line, MP Xhemal Mziu confirmed his participation in the protest.

"It is not that we went out on the field, but the important thing is that July 7 is a battle for all Albanian citizens and not only for the Democrats. I do not believe that there is a more critical situation in Albanian families than today, we have record prices in the world and many times higher than the countries in the region.

We have the highest unemployment and the most galloping corruption that a country can have and a few days ago we took the 7th place in the world in terms of hashish. It is not a protest of Berisha, it is a protest of the Democrats against this government which should not have been in power due to the theft of votes on April 25. "Even those honest socialists who voted for him have become remorseful due to the economic situation" , said Mziu.

MP Ervin Salianji also stated outside the doors of the Assembly that everyone should do their best for this protest.

Democrats are neither a church nor a mosque. There is representation here. I have not changed any attitude compared to what I said on March 6th. I have no attitude after March 6th. In politics the vote is a reality I cannot avoid. I have made a battle for the Democrats thinking what is the best way. "Democrats have thought differently, " said Salianji.