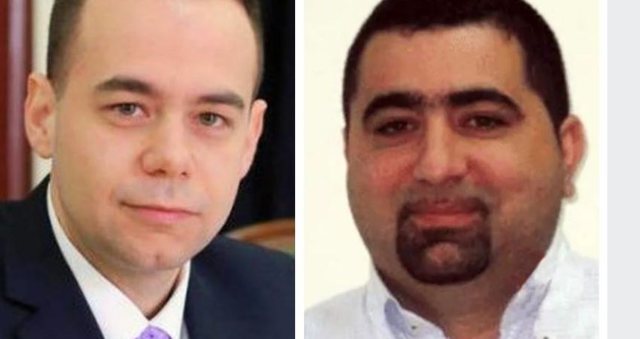 Deputy Belind Këlliçi reacted on behalf of the Democratic Party after the Special Court accepted the request of the former socialist deputy, Alqi Blako, who was arrested for the Fier incinerator affair, to ease the security measure, replacing the measure of "arrest in prison" with that of "house arrest".

In a statement to the media, the deputy said that the release of Bllako is related to the guarantee he gave that he would not speak to disrupt the work of the party in power, SP.

"Only after he gave a guarantee that he would not speak and disrupt the work of the party and the leader", says Kelliçi. He adds that "only after the dome has made the decision for the new scheme that it will follow and that includes only one 'scapegoat', that of Klodian Zoto".

But what does Kelliçi warn with this new scheme?

More specifically, the plan envisages that Zoto will be sentenced for a few years and despite the affair with millions of euros, he will soon receive the guarantee for the 'freedom ticket'. In this way, it also saves others involved in the affair.

The same sources say that the same line is being used with former MP Blako, who was released only 6 months after being handcuffed at the request of SPAK.

"Alqi Blako is the signal that this dome sends to the accomplices in crime, who, even though they have received millions, can be considered "small thieves" and harmless" , says the democratic deputy.

"Kupola tells them that someone should go to jail, someone should take a hit for the party and the leadership. But in the end, the party takes care of you. It can turn "prison arrest" into "house arrest" or, even if you are convicted, you may not do it for more than 2-3 years. 2-3 years for tens of millions of euros, it's worth it after all. This is the pact, this is the Omerta code of the mafia in power" , he added in the statement to the media.

Alqi Blako and former Minister of Environment Lefter Koka (sentenced to prison) are suspected of falsifying the document on the type of land where the Fieri incinerator would be built.

They have presented to the government as if the incinerator building would be built on land.

SPAK has proven that it is built on arable land, the value of which is cheaper. This forgery has brought a damage of about 140 thousand euros to the state budget.