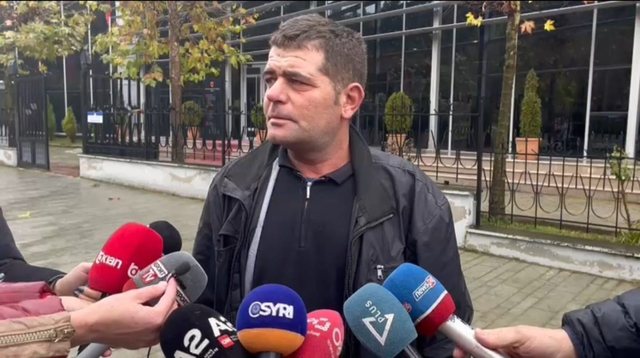 Relatives of Adem Rusi, the Albanian who was reported to have killed himself in the police van, have filed several charges. Recall that the event took place on December 2 and the Greek authorities said that Russia hanged itself while being transported from the Amphis hospital to the Malandrino prison.

The latter is otherwise known as "hell" for Albanians, as many people who have served their sentences there have been mistreated and others have committed suicide. The victim's brother, Shkëlqim Rusi told the media that the victim had been killed by Greek police.

He testified that he had spoken to his brother three hours before the incident and that he had not noticed any concerns or problems. Russia told the media that his brother also had very little time in prison, as his sentence was coming to an end.

"I had talked to my brother privately 3 hours before the event, then the prison director called me and told me that we had sent him to the hospital for a routine medical visit. Then, I was told he had drunk chlorine and after returning from the hospital hung himself with the shoelace. This to me is unacceptable, it is murder. "My brother had another 2-3 months in prison to finish his sentence" , said Shkëlqim Rusi.

The latter requested that the autopsy be performed in Albania, while he rarely described the version given by the Greek authorities.

"This is unacceptable, it is not allowed to accompany the prisoner with a belt or tie, moreover you are in handcuffs and accompanied. This is a tale told by the Greek authorities. We request an autopsy to be done here in Albania, as we expect it to come these days. An autopsy should be performed as our state is just asleep, many Albanians have been killed there. "After my brother, it may be someone else's turn and nothing has been revealed," Rusi declared.