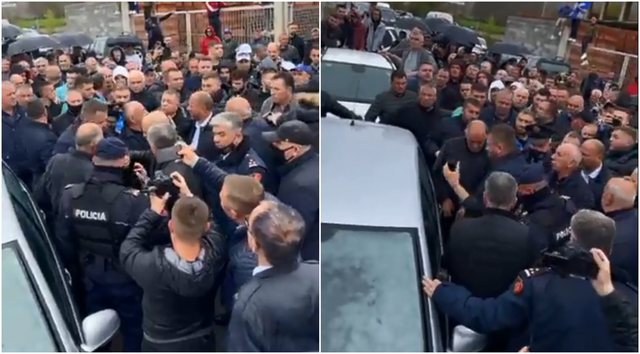 Representatives of the Democratic Party together with dozens of residents of the area have blocked a car in Maqellarë of Dibra, after suspicions that he was distributing money in exchange for the vote.

The case was denounced by the PD candidate, Luan Haka, because according to him in the car were two young people who were buying votes in this area.

The political leader of the Democratic Party in Debar, Xhelal Mziu, was also present at the scene, while the police and the residents surrounded the "Volkswagen" type vehicle until the arrival of the experts.

By order of the Prosecution, the car was opened and a lot of money was found inside, all 50, but it is not yet known how much.

Investigations are underway to find out who was inside the car and where the money was taken from.