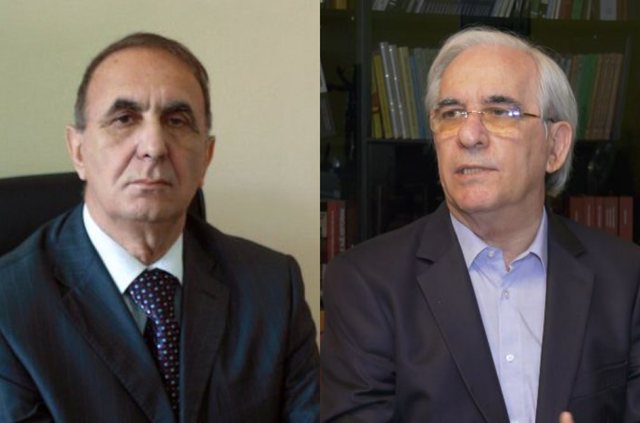 Academician Apollon Baçe addressed a message to the president of the Academy of Sciences, Skënder Gjinushi. He listed some notes, since his works (Illyrian City and Towns, vol. I, II) were not nominated for the "Eqrem Çabej" award.

Three days ago, the Academy of Sciences nominated the following publications for this award:

1. Anastas Angjeli and Adrian Civici with the trilogy: "Economic crisis in the time of the coronavirus", "In the face of the crisis - the challenges of economic theory and policies", "Towards a new crisis - Energy, inflation, price increases, market distortion".

2. Beqir Meta with the work "History of Albanians during the 20th century", Vol. II, III, IV.

According to Apollon Baç, through the selection of Beqir Meta, for whose work there are reservations, it turns out that the academy has only one capable Albanianologist.

He further adds that Angel and Civic's book has nothing to do with the "Eqrem Çabej" award.

The academic raises doubts about manipulations and lobbying, because according to him, the meeting was postponed until Angjeli and Civici delivered the book. He emphasizes that it is the third time he is faced with this situation.

In the selection of the first 3 books for the Çabej award, my two books did not appear.

I have these remarks:

1. Through the selection of Mr. Meta, which also won the previous award (for the quality of which I have many reservations, but this is subjective), it turns out that the academy has only one skilled Albanianologist.

2. Gjongecaj's book is the Albanian reprint of the 2003 edition. Her husband won the Academy Award for the previous edition.

3. Angel, Civic's book on the economy after covid, I don't know what it has in common with Albanianology, that is, the Çabej award.

The committee meeting should have been held a year ago, but it was postponed until Angel handed over the book. This is also understood by the fact that Civici, from being a member of the commission, turned into a co-author.

The selection mechanism is absurd. The reviewers were appointed without asking the authors if they have conflicts with them and without discussing the reviews in the committee

Regarding the above, since it is the third time that I am dealing with manipulations and lobbying, I will follow the problem as much as the civil right allows me