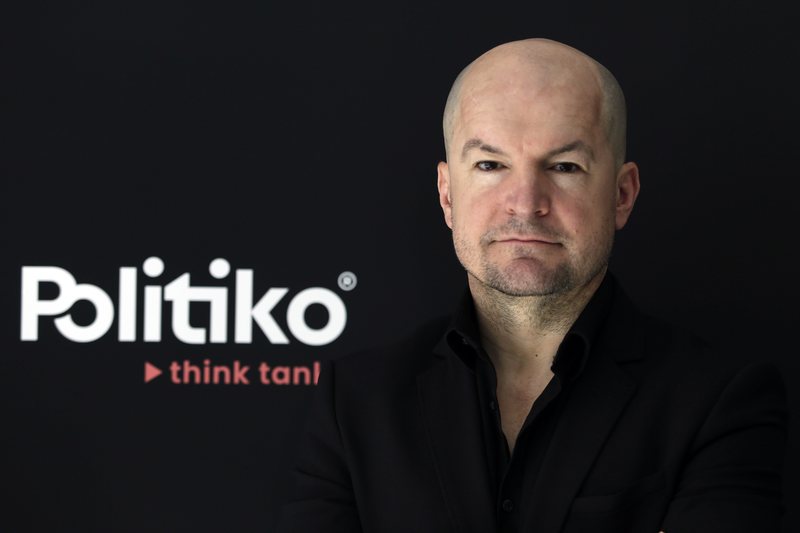 Two events that, at first glance, have nothing to do with each other, have unfolded around Korça in the last week. A concert by 'Yugoslav' artist Goran Bregovic, at a beer & snack event, and the capitulation of the Korça branch of the Democratic Party. Both have ignited Albania, although the debate over Bregovic has been more heated than the fires that have engulfed the country in recent days.

However, the two are related, and speak of the attempt to, if not an opposition alliance, create a new alternative opposition to the Democratic Party.

Always, the ridiculous serves the possibility of 'tying the threads' which in carelessness seems impossible to do. It befalls to the ridiculous, for example, the motley created in the reactions to the concert of the Croatian-Serbian singer in Korça. It is funny to see liberals acting like conservatives, and nationalists turned into cosmopolitans. For the need of passion or instant political bias, the thinking process becomes unnecessary in this country. It means: even when you are ideologically of the conservative right you can embrace the thesis of the liberal left if this ripens more quickly and conveniently the fruit of political and economic passion.

Outside of this, it automatically seems that two large and diverse blocs have been created in Tirana and Pristina: against and pro-Bregovic. Especially in Tirana, this is acute, while in the other Albanian capital it becomes more like a manifestation of snobbery and an elitism that has at its center the idea of ​​Kosovarism separated from Albanianism.

But, after what seems like indignation for the contradictory singer, who has in his surname an 'Albanian' breg and a Serbian vic, there are in fact two big political actions: Albin Kurti's Vetëvendosje and Edi Rama's 'progressives.

Both blocs are gaining, in their own way, over this likely ethnic, ethical and cultural demarcation. Kurti and VV get the great opportunity to play the role of the all-Albanian opposition that starts in Mitrovica, passes in Prishtina, and ends in Tirana. Rama, because this is his style, both form, and content; hence the intention that using the form you can establish content.

In addition, the patriotic flamethrower that ignites and roams like Medusa's head from status to status, from Prishtina, Drenica, Gjakova Highlands, Tirana and down to the South, emphasizes, and at the same time hides, that bloc that should have been the true opposition, the combination of, the already unlucky, DP-SMI. If you look at journalists and analysts close to these two forces you see confusion, as if fires were close to their homes and smoke burned their eyes and dried their breath. In this confusion, they have fallen prey to the agenda of Albin Kurti and VV (or are consciously promoting it). They are looking for both opposition and a government, and it seems that neither the opposition nor the internal government is enough for them.

For the first time, perhaps, in a lucky or unfortunate combination of events, it is Tirana that looks up to Prishtina, call it an illusion if you will, or hope. The heroization of Vjosa Osmani and the Kosovar Minister of Interior for the reaction and interventions in the fires in Albania, try to create the same longing as the long caravan of Kosovars who crossed the border in a time of Serbian genocide against Albanians.

Opposition supporters have missed the target. They should ask the opposition to 'take up arms and not the Kosovo government to do the opposition in Tirana. An element that brings us back to the 'heart of drama', Korça, and to the fall of the structure of the Democratic Party there. The echo of Bregovic's concert in Korça will be extinguished in three days (the noise about a previous tour of the singer in Tirana had lasted as long), but the ashes of fiery opposition, and especially the human resources recomposition of a stagnant local political structure, will remain and need long.

Albin Kurti and his VV will constantly stick their heads in this window of time. As far as I am concerned, I may not tolerate Basha and his ad interim-style opposition, but the being and meaning that the Democratic Party has for political life and opposition in the country are essential, and cannot and should not be filled by the 'opposition in exile of Albin Kurti.