Ugly Chronicle of Hate for Albania by "Kosovo Centrists" 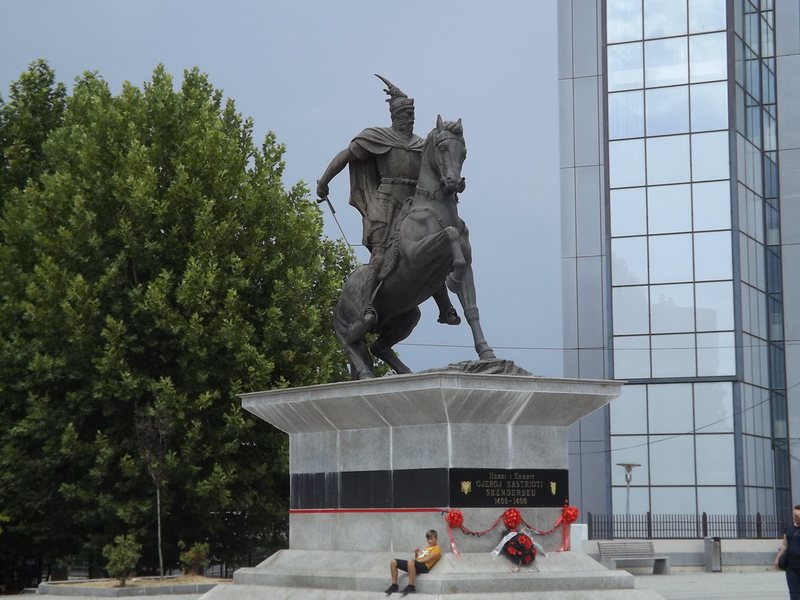 It was 2001 when a group of journalists from Tirana went to Kosovo to work. It was launched by colleagues from foreign agencies, and then by others. Many boys and girls from Tirana were recruited in Bondsteel, the American base of KFOR, but also in other NATO troops that were installed in Kosovo.

Meanwhile, in the offices that the great western countries opened in Prishtina, there were many employees from Albania as assistants, official translators, etc.

UNMIK was also filled with graduates from Albania, some of whom became political VIPs such as Lulzim Basha, Argita Berisha, Edit Harxhi, while Florion Mima was for a long time “Kosovo Minister of Finance ", Appointed by the UN administration.

Also, many brokers of the major insurance agencies of Albania started working in Kosovo, which was filled with people from Albania, who in reality was not so much compared to the large number of internationals who were employed, or subcontractors of the administration of major international.

Meanwhile, in the Kosovo media, reporters from Tirana and other cities began to be hired. Starting from Kosovo Public Television and other media in the country. Journalists who found work were confused, and even founded the media that had just opened.

It seemed a golden period of knowing the terrain and the part of the nation that had been divided. Touching the news of Kosovo itself, journalists could get to know the situation as closely as possible and the phenomena.

There was a perfect conception with Kosovo colleagues and a fertile ground to cooperate and get to know each other better during the work.

Societies were formed, sentimental connections were made, and new families were created.

But some Kosovo media began to describe this "influx of Albanians" as dangerous.

The newspaper "Bota Sot", which was one of the best sellers at the time and was published in Switzerland, published many articles about the "Vlach-laboratory-Orthodox" clans of Albania who wanted to unite the country with Greece and Serbia.

The star of these writings was of course Kastriot Myftaraj, who in Albania deals with conspiracy theories.

But "Koha Ditore", the most serious newspaper in the country, opened the newspaper with a headline that was not news.

"Journalists from Albania" want to return to Kosovo as Albania of 1997. No news, no facts, no logic.

The author who had signed the article was a colleague who was following the daily activities, we met him and he told us that the order was coming from above.

The publisher of this newspaper had a policy that did not employ journalists from Albania in the Desk (central editorial office).

With the departure of international and funds, of course, the influx of Albanians from Pristina who returned in large numbers fell, but a good part remained.

Alma Lama, an old journalist in Tirana in some central media here was married to a boy from Prishtina, and after the war, they decided to live in Kosovo.

Alma started as a Top Channel correspondent in Prishtina, where she briefly managed to become one of the most popular reporters in the country.

And this reputation of hers was noticed by Albin Kurti's party, which was in the "hunt" of famous figures.

Alma Lama's fable was perfect for what Kurti was looking for; an Albanian journalist living in Kosovo, and immediately nominated her for MP. Alma won, receiving plenty of preferential votes.

But it was not long before Alma's fable was no longer "trendy" for Vetëvendosje, which sought more and more people from the "conservative belly of Muslim extremists."

They launched the attack on Alma Lama, directing a vicious campaign, even media circles that were incited by people close to the leader of Vetëvendosje.

After being denigrated by the party I trust so much, Alma Lama joined the Democratic League of Kosovo, a force that was really close to its traditional concept and ideas, which in Albania was also close to the right, ie the PD, and the family of her husband who had been a supporter of the LDK.

But the attacks on her only increased, even physical threats from the aggressive "paramilitaries" and religious extremists of Albin Kurti, which do not stop for a single day.

Alma Lamen did not defend him for a single day, neither Hashim Thaçi, nor Albin Kurti, nor Isa Mustafa, on the contrary, they left him alone in the shameful chorus of choruses that had voices in the Kosovo media, who had ready the expression “Albania does not recognize Kosovo ”.

Alma Lama was the most popular of all her colleagues both as a reporter and as a politician, she just fired the Kosovo centrist provincials.

They did the same with the current leader of Vetvendosje in Tirana, Bojken Abazi and Arbër Zaimi, who with a scandalous and unprecedented action, the government of Kosovo led by Isa Mustafa DESTROYED.

A decision that no Albanian government has made for the citizens of Kosovo. A scandalous precedent that also poisons our relationship.

And this bed of poison only leads to division, when the "Serbian world" in Serbia, Bosnia, Montenegro, and everywhere have a common media, a common cultural bed, and of course a common market.

The same is true for the "Croatian world", even Bosniaks are more integrated with the territories they have in Sandzak and Montenegro, which are mostly Bosniak Albanians.

But the man who is most hated by this part of Kosovocentrism is, of course, Rexhep Qosja, the man who has attacked this idea with deeds since the 1950s, when he attacked attempts for a "Kosovar language", which seems to have returned even today by lovers. of this way, which they call "Gheg dialect".

Think how Mjeda or Migjeni who wrote in Gegnish would feel when they read the beautiful language of Berat Buzhala….