Praise be to Naim Frashëri! 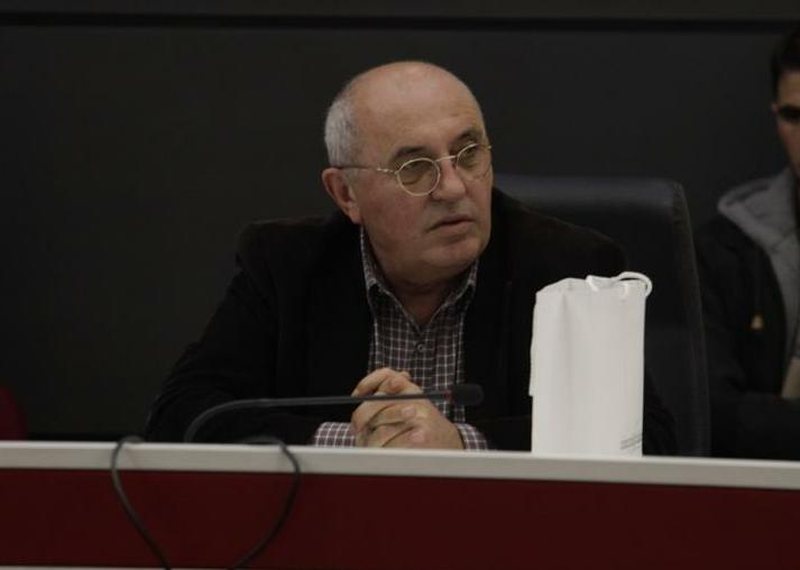 Regarding the fate of Albania and the Albanians, Naim Frashëri has done with poetry what his brother, Samiu, has done with his philosophical and political prose.

I am talking about the elaboration of a political and ideological platform, which had the sole and major goal of awakening the national consciousness of his compatriots after five centuries under Ottoman occupation. As historiography clearly shows, this awakening was vital for the further existence of the Albanian nation. I will keep in mind that we are in the last quarter of the nineteenth century.

All our neighbors had already gained independence and, having laid the foundations of their states, were entering a phase of growth aiming at expanding the territory. This could only be done at the expense of Albanian lands. The Ottoman Empire, within which these lands were, was living the last stage of its degradation. It, therefore, could not protect the integrity of Albanian territories. I never understood why even in these internal political circumstances for the Ottoman Empire, but also geopolitically for the region and Europe, the High Gate government not only did nothing to help the Albanians organize for self-defense but, on the contrary, increased oppression and repression on them, at the same time making many agreements with its sworn enemies, the Greeks, and the Serbs,

Anyway, such a historical fact has no significance already. Nor is it the case to dwell on the political strategies of Sultan Abdyl Hamit and his cabinet. For us today, it seems worthwhile to point out the extraordinary clarity of Naim Frashëri to read realistically the visible and underground developments within the Ottoman Empire and beyond, always related to the crossroads, where the Albanian nation was located. Naim Frashëri lived in Istanbul, where he was also building his poetic work. He did not approach this geopolitical reality, driven by any intellectual curiosity, as was often the case with poets of his level in other European metropolises. He could not afford this luxury. This reality, which in its content had nothing to do with the aesthetics of poetry, he approached them with the will to understand correctly the existential dangers that threatened the Albanian nation. He has already made the decision to put himself in the service of his nation together with the most powerful weapon he possessed, which was poetry. All his work with the national theme emphasizes the urgency to face these dangers with courage and self-confidence in time. So, he understood very correctly that only Albanians could be gods to themselves and their homeland.

Naim Frashëri would put all his imagination and poetic language in the service of such a cause, which, by definition, is the cause of politicians. Was this a kind of betrayal of symbolist poetry, which was the most modern of the time in Europe, and to which his work would have belonged as it had begun?

Of course, it is. Serious scholars of his work, since those of the poet's contemporaries - I mean Faik Konica - have pointed out that this part of his creativity, in terms of artistic quality is not on the same level as "Dreams".

I would have said that, although with a short time distance, only a few years, Naim Frashëri is the forerunner of Gjergj Fishta and then of Fan Noli in terms of direct approach, ballas, to the political-patriotic topic. Precisely thanks to this part of his work, that is, that part that does not reach the peaks of his artistic achievements, Naim Frashëri has secured for himself an incomparable glory in our national culture.

Naim Frashëri with his life, magnificently embodied in this part of his work, has become an inspiration for other poets I believe like no other poet in the entire history of world literature. And it started when he was alive, it peaked 120 years ago, when he closed his eyes, and it has continued to this day. In the Albanian library, there is a publication that deserves to be remembered with respect on this occasion: "155 poets on the 150th anniversary of Naim's birth". It was prepared by Mehmet Gëzhilli and published 24 years ago.

No hero of our history, except Skanderbeg, has so much devotion. It occurs to me that Naim Frashëri, unlike his brother, Avdyli, has never fired a rifle in his life. He has climbed to the pedestal of the national hero only through the pen. In this commemorative case, I would like to mention one more aspect. A very large part of the poems dedicated to Naim Frashëri was written during the second half of the twentieth century.

It is noteworthy that besides the poets, who by grace or inadvertently integrated into the political history of communism, the life and work of Naim Frashëri were sung with the same adoration by other poets, who rejected and opposed communism as Isuf Luzi, Bardhyl Pogoni or Bilal Xhaferi. This is an essential indicator to show that the candlelight of Naim Frashëri is so strong, so warm, so universal, so unifying for all Albanians, overall political or ideological setbacks and divisions, that it can only be compared to only the divine spirit keeps the light of the sun and its flame alive.