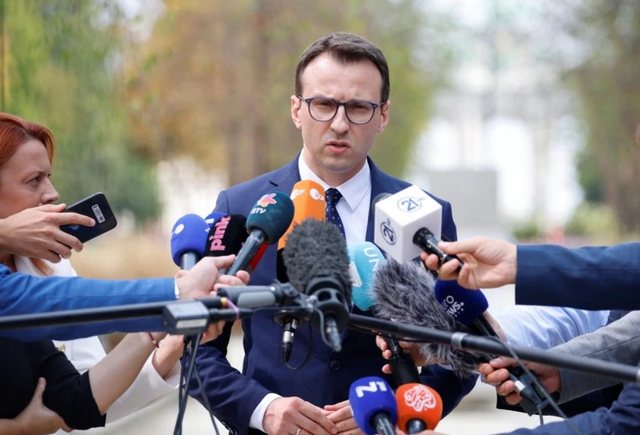 In the dialogue round in Brussels, Serbia has presented proposals for solving the issue of Serbian license plates and documents before September 1, but they have not been accepted by Kosovo.

This is what the head of the Office for Kosovo in the Serbian Government, Petar Petkovic, declared on August 19, during a media conference held in Belgrade.

According to him, the first proposal was about IDs and that Serbia was ready to accept what was agreed in the Agreement on freedom of movement from 2011, even though, as Petkovic said, that agreement, which was reached by ex- negotiators Borko Stefanović and Edita Tahiri, "it was not good".

He added that Serbia was ready to issue an entry-exit document for "citizens of Serbia residing in central Serbia, when they go to Kosovo and Metohija, at the administrative crossing of Pristina", but that this would not apply to Serbs from Kosovo.

"The proposal is to stick to the 2011 agreement again", said Petkovic, stating that such a thing foresees the transition to RKS license plates and restrictions on KS license plates, again accusing Borko Stefanovic of such an agreement.

"However, we have proposed that all vehicle owners who have KM license plates be re-registered with KS license plates. Kurti rejected this categorically", said Petkovic.

"We have offered two solutions, we have been very constructive, we wanted to find a way out of this crisis, adhere to all agreements and see how to solve other important issues in that way. Kurti rejected all of them," he added.

When asked what should happen now, Petkovic said that from today "talks will begin with everyone, with every person, high official, representatives of some of the powerful countries, with all those who can help us achieve peace and stability. Yesterday we ended the talks without a solution, I am not optimistic, but we will do everything we can".

Petkovic has started a "race against time, to find a solution before September 1"./ REL