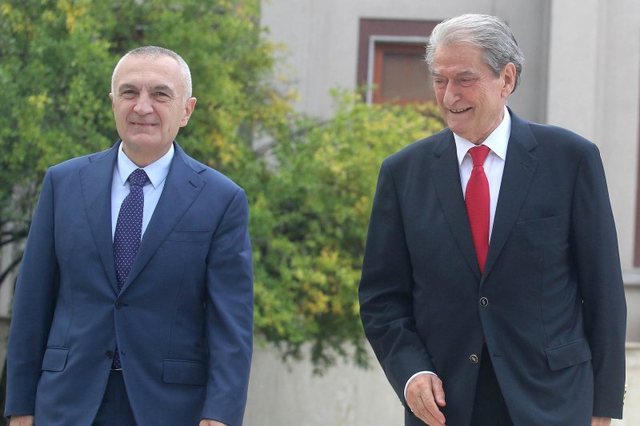 The results of Albania's April 25 parliamentary elections have given Edi Rama's ruling Socialist Party a third consecutive historic term to run the country.

While Lulzim Basha at the head of the opposition did not succeed this time either, immediately after the elections in the Democratic Party, the debate on the reasons for the loss and the activation of critical voices that demanded the resignation of the leader of the Democrats 'erupted'.

While this situation brought a kind of division between allies, where unlike Basha, who called the election an 'electoral massacre', some of them like Monika Kryemadhi of the SMI, Agron Duka or Nard Ndoka recognized the result of April 25.

Under the effects of the negative result of April 25, the Democratic Party opened the race for the election of its next chairman. Faced with a chorus of voices urging him to resign immediately, its 8-year-old leader, Basha, suddenly accelerated the process, approaching the election date. His term, from which he chose not to resign, ended on July 22, while the elections for chairman of the Democratic Party are held this Sunday, June 13.

The campaign for the election of the chairman of the Democratic Party took place against the background of a decision that shocked this political force, when the US State Department announced that Sali Berisha and his family were barred from entering the territory of the United States.

Berisha considered such a decision unfounded, specifying that he did not intend to withdraw from active politics.

Two days before the elections comes an unexpected statement from the former historical leader of the Democratic Party, Sali Berisha.

Berisha said that the new political reality created in the country, has forced him to change his position regarding his political engagement.

"Never say never! Never say never. I used it with Ramiz Alia and I use it again, because today I changed my route and I am removing all my obstacles. I do not exclude any of my constitutional rights anymore ",  said Berisha, a statement that has aroused many debates.

President Meta, in respect of the sacrifices for democracy made by the SMI, announces to all its members and supporters that on July 24, 2022 he will return to obtain the SMI membership card and will join the efforts of the young people for the Albania of Albanians " , declared Meta.

We recall that the DP under the leadership of Sali Berisha and the SMI led by Ilir Meta signed the ruling coalition in 2009.

On April 25 this year, the SP won the election with 74 seats, the DP won 59 seats, the SMI suffered a sharp decline with only 4 seats, while Tom Doshi's PSD won 3 seats.