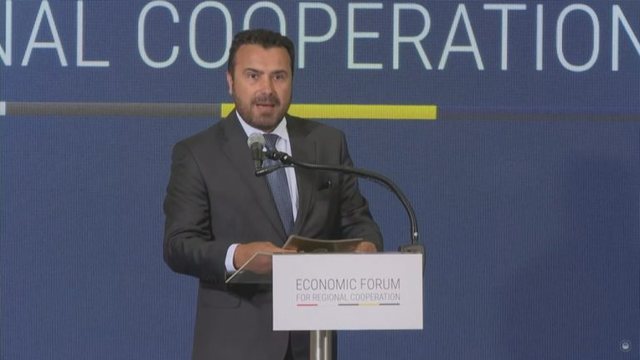 The next meeting of the Economic Forum for the Western Balkans is taking place in Skopje. The Prime Minister of Kosovo, Albin Kurti was not present at this meeting.

This meeting is also part of the "Mini-Schengen". Several memoranda are expected to be signed today. This forum, according to the leaders of the Western Balkans, will serve to further facilitate the movement of goods and citizens in the region.

The Prime Minister of Northern Macedonia, Zoran Zaev, who also had the opening speech of the forum, spoke about the negotiations with the EU. He said the decision not to open negotiations is against EU interests.

He chose not to talk too much about the EU, but stressed that they would wait until it was ready, citing the bloc's internal problems as a factor of rejection.

"The EU's failure not to open negotiations on the Balkans is against the EU's interests. Not only for Albania and northern Macedonia, but also for Serbia and Montenegro. We are here, even where the EU is prepared, we are waiting because we are prepared for our citizens.

I hope the EU finds ways to find funding. I am not here to talk about the EU, I am here to talk about our citizens, our ideas, the Western Balkans and the open region. Together we give new impetus to economic space and the interconnected market. We are all in the Balkans, we are all in the Western Balkans. "Let's make this part of our life through the common market" , said Zaev.